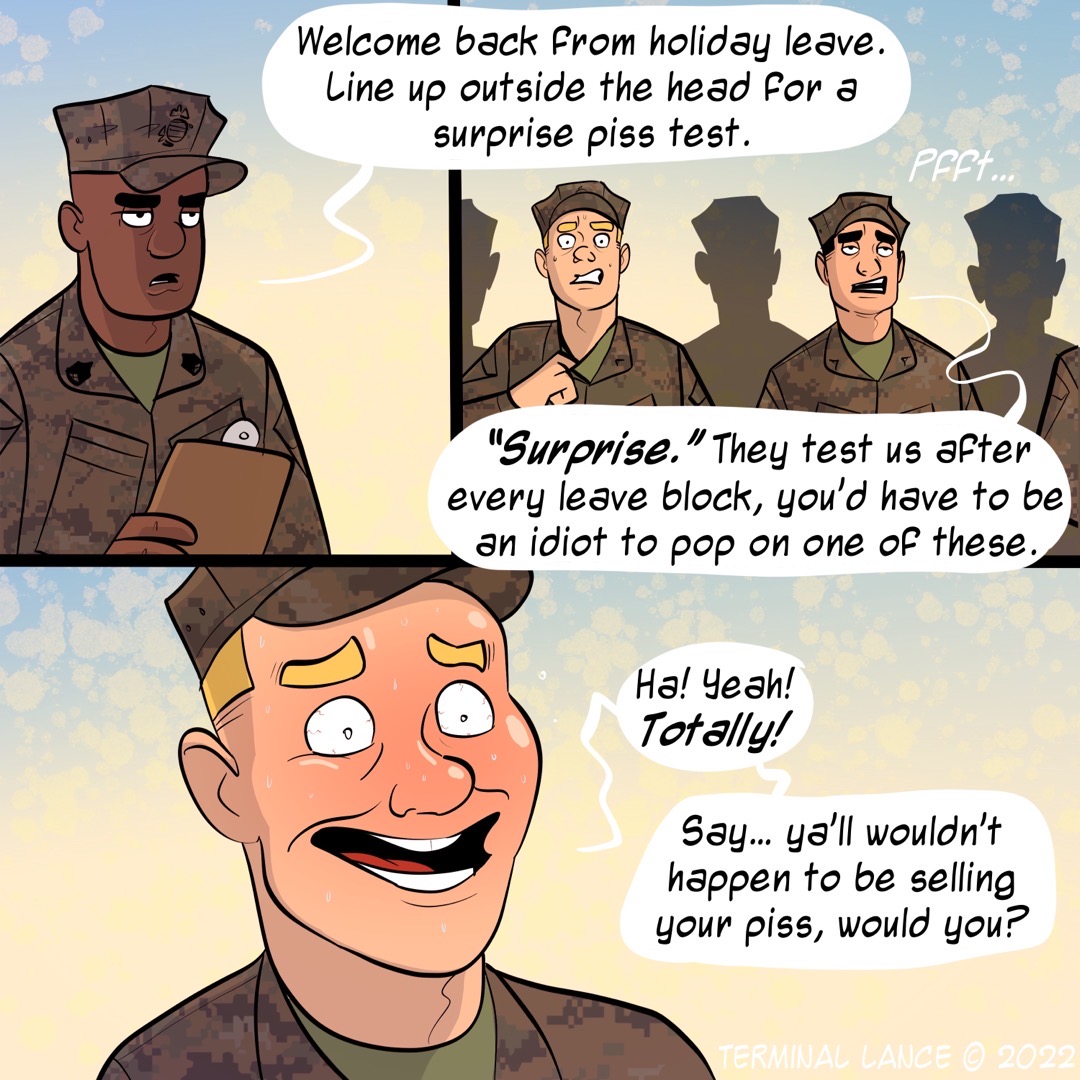 I feel like there’s a real opportunity here for a side-hustle if you avoid drugs and stay really hydrated. Not sure how you get it past the meat-gazers though. I suppose there’s some elaborate series of tubes that can be employed here.

Idea: find the Marine in the platoon with the longest dong. Figure out how to position yourselves so that maybe he can snake between your legs from a distance. This could really work, trust me.

The military–especially the Marine Corps–is a place of many rules and regulations (obviously). It seems insane that there’s anyone that would even consider doing hard drugs in such a closely monitored and controlled field of employment, but you’d be surprised at how many Marines run into trouble with these surprise piss tests.

Maybe my side-hustle isn’t such a bad idea…