Dunkirk is the story of the British military’s evacuation of 400,000 troops from France during the beginning of World War II. You might expect a story of this nature to be wrought with lengthy expositions and political discourse, but Christopher Nolan has crafted this film from start to finish with very minimal dialog, instead relying on a tense momentum of action and sound to carry the film for nearly the entire length of its 1 hour and 47 minute runtime. Making a brilliant return from his Dark Knight Rises and Interstellar lull, Nolan’s Dunkirk is a profoundly skilled and tense visionary masterpiece from start to finish.

The tale begins following a young British soldier named Tommy on the streets of France, before his whole squad is wiped out and he makes a run for the beach. The narrative from there finds us bouncing non-linearly between three different perspectives of the same event: Tommy, one of the British soldiers being evacuated, Farrier, the Spitfire fighter pilot assisting in the evacuations, and one of the civilian fishing boats that bravely crossed the English channel to help save the stranded troops. The drama reaches a peak early on with an intensity that persists long into the film, rarely giving you a chance to look away between the tense dogfights in the air and the waterlogged action in the sea.

Christopher Nolan is known for his attention to detail and realism in his films, and Dunkirk is no different. Instead of the computer-assisted visual splendors you see in most modern action movies, Dunkirk has a tasteful restraint in everything it does, with sound and visuals that feel very authentic and real to the period. The film does a remarkable job of making you feel the looming presence of the encroaching Nazi’s, despite never actually showing a single German soldier.

American audiences might be turned off by the, well, lack of Americans–but this is a historical piece faithful to the reality that took place a year before the US entered World War II.

Overall, Dunkirk is an amazing spectacle that is absolutely worth the ticket price. Dunkirk is an intense ride with little downtime. Visually amazing but with a somewhat understated narrative. 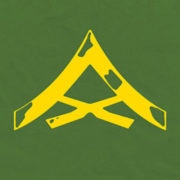