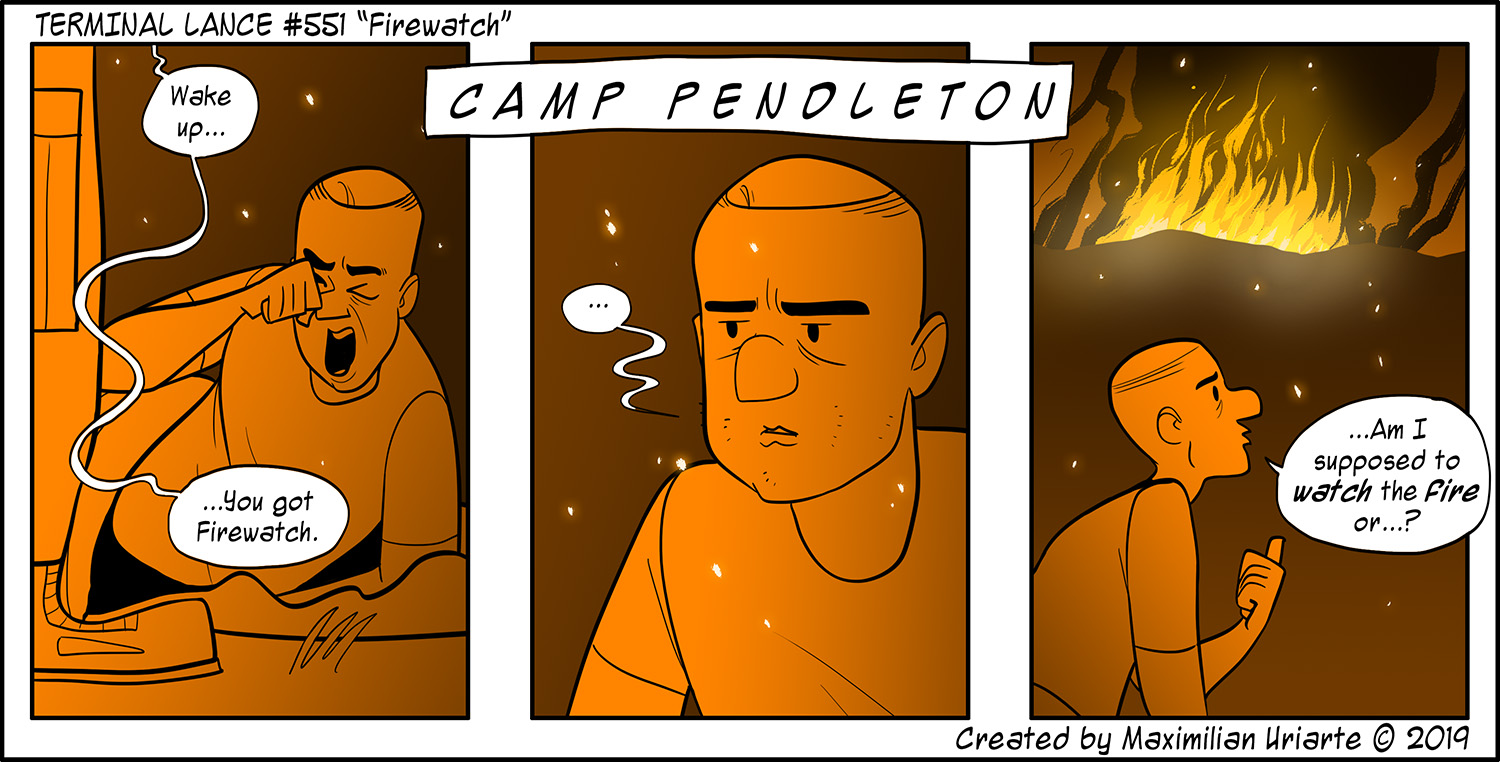 It’s that time of year again! The time when nearly every week there’s a new, major fire breaking out at Camp Pendleton. There’s something about the combination of dry, California brush with Marines firing machineguns and explosives that seems to really light up Camp Pendleton. Perhaps there’s some science behind it–who really knows?

Last week, Camp Pendleton was ablaze with its first major fire of the season. Of course, this isn’t anything that the base isn’t already used to, but it never stops Marines from hoping that maybe work will get canceled. Camp Pendleton fires are like the snow days of the Marine Corps for those stationed aboard the SoCal stronghold, with Lance Corporals secretly wishing the mountainous wilderness will burn down just enough (with no injuries, of course) that it cancels next week’s five day field-op that absolutely no one was looking forward to.

Of course, with the luck of the average Lance Corporal against him, it’s been an unusually cold and wet start to summer here on the west coast. Maybe if we send a platoon of grunts to sleep in the fire, we can cheat nature into putting the fire out with the inevitable rain cloud that follows them… It’s worth a shot, at least.