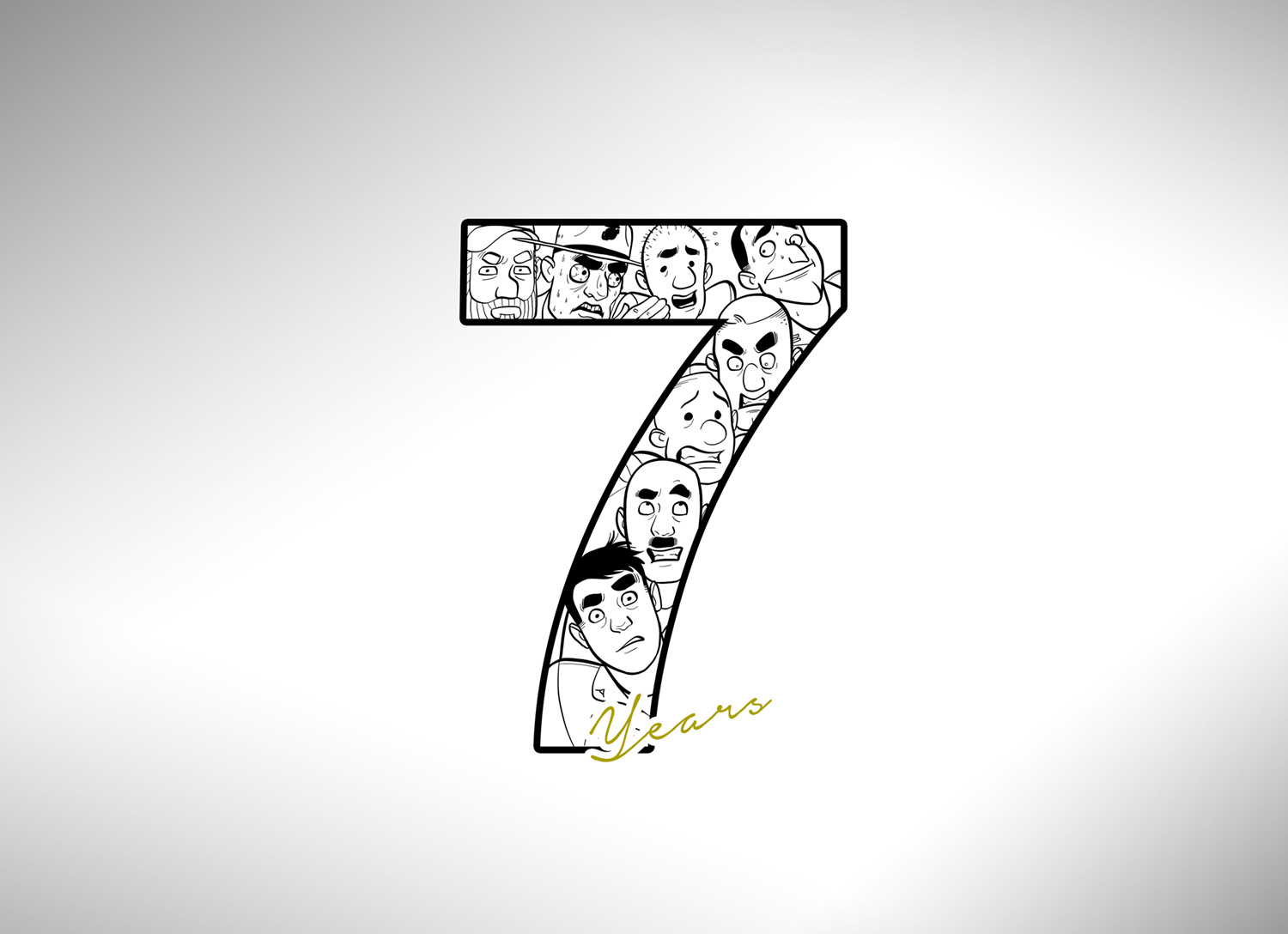 I have some good news…

Not only did we all make out of 2016 alive, but we made it to see the 7th birthday of Terminal Lance! January 5th marks the official birthday of Terminal Lance, when I posted the first comic strip. Who would have ever guessed, 7 years ago, that a fun comic about the Marine Corps would go as far as it has, with a massive social media fanbase, New York Times best selling graphic novel, and millions of visitors every month.

I wanted to take a moment to go through the last 7 years and pick my favorite comic strips from each one. I know you all have your personal favorites, but here are mine…

Terminal Lance #50 “I’m Putting You Up for One” is still my favorite comic of the original 2010 “Golden Age” TL comics. Back then, I was just starting college on my Post 9/11 GI Bill, Abe and Garcia didn’t even exist yet, and comics about Iraq were still relevant to most of my readers. I love this strip because it does two things particularly well: it has a solid joke (giving NAM’s to anyone like candy) and points out an important issue (giving NAM’s to anyone like candy ).

Terminal Lance #110 “Bootcamp: The Swarm” in 2011 was really an ode to the great Normal Rockwell. I’m partial to this comic mostly because it does a great job of illustrating a solid joke, recognizable immediately to any Marine that’s been to boot camp, without any dialog whatsoever. It’s also a good experimentation of panels and layout, something that I always want to do more of. (For anyone looking for a great book that really breaks down comics, check out this book by Scott McCloud, it will change your life if you’re a comic artist).

Terminal Lance #175 “Back Home” came in right at the beginning of 2012, but it’s one of my top strips of all time. This strip really encapsulates a lot of what The White Donkey was about, but in a much shorter form. It addresses the disconnect between Marines and their extraordinary lives with the people you leave behind at home, and how it can be difficult to adjust. As a two-time Iraq veteran, this is something I dealt with myself.

This strip from Memorial Day 2013 really encapsulated (with the help of Chesty Puller’s timeless phantom) the ongoing struggle of much of the veteran community that persists in this heated political environment. As Chesty mentions, both sides are right. While it’s important to honor and remember those that came before us and the struggles and sacrifices they endured, freedom is what they fought for. It’s possible to do both, and I don’t think our fallen brethren would ask any more of us than that.

He fucking died, man. Terminal Lance #316 “Dress Blue Alpha Male” from 2014 shows the interesting dichotomy of Terminal Lance–in where I’m making a joke about the Marine Corps but it’s also kind of a humble-brag about how great we all look in dress blues. This is an ongoing struggle with TL, where I have to find the correct balance of shared misery with the pride of being a Marine. The struggle is real. Don’t get me wrong, I wouldn’t have done this comic for 7 years if I didn’t, on some level, love my experience in the Corps. On the other hand, I sure as fuck didn’t reenlist. You get the idea.

He’s not wrong. I love Terminal Lance #378 “Half Truths” because I simply think it’s a perfect joke with a great set up. Obviously it plays into the larger implication that recruiters are full of shit, but I have to reconcile this with the reality that my own recruiter never lied to me at all. He’s right though, you’ll get fucked a lot. I don’t personally believe in nor perpetuate the myth of “Old Corps” and “New Corps.” As they say, Old Corps is whenever you were in and New Corps starts the day you got out for most veterans. However, I think Terminal Lance “New Corps” from 2016 does a good job of depicting the new and sometimes confusing modern society that we live in today. Ultimately, the military is reflective of the times we live in though, and I genuinely think the military has done a better job than most institutions of adapting to the times.

Terminal Lance isn’t going anywhere any time soon. In fact… Things are about to get a lot bigger.