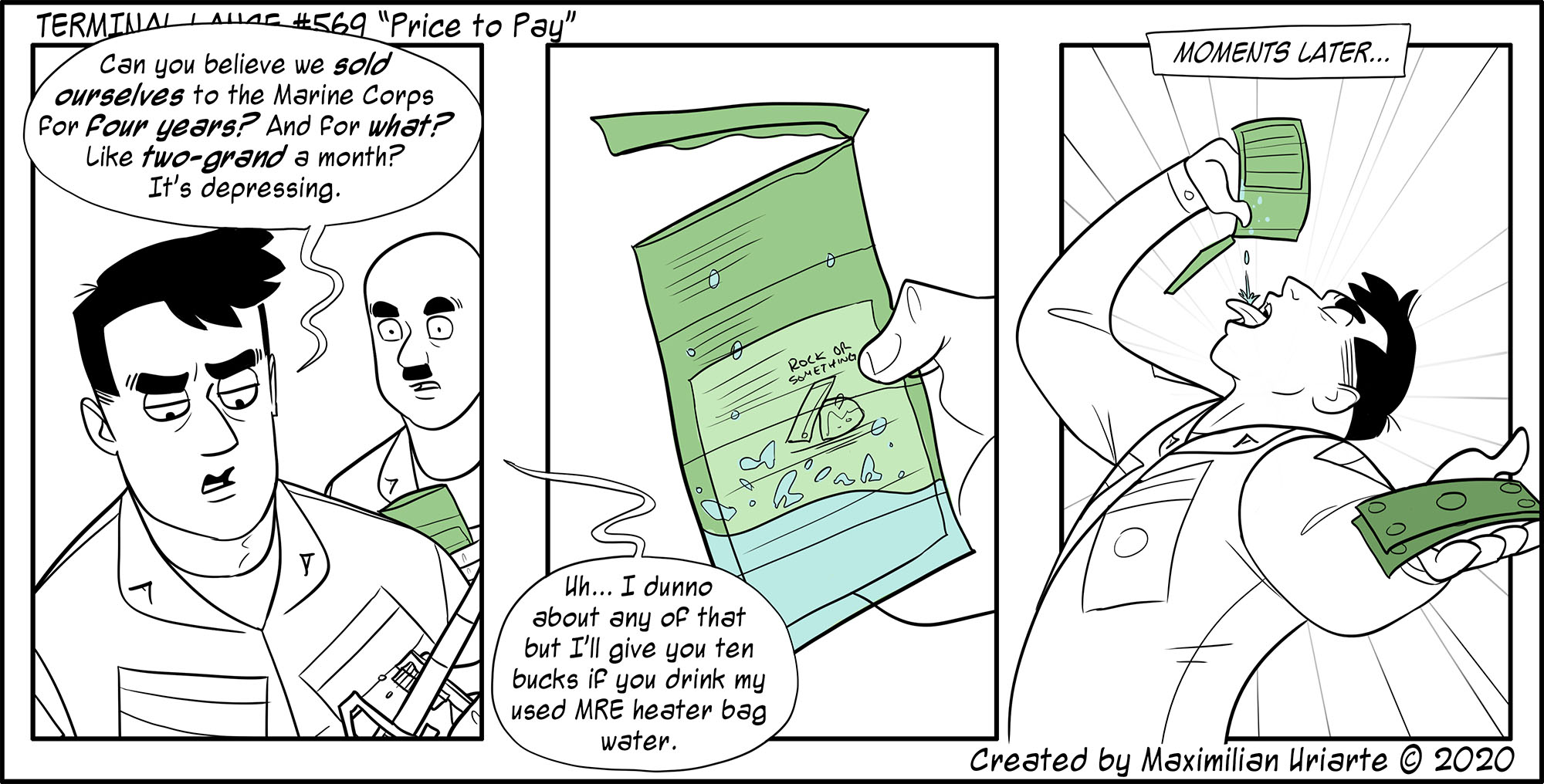 Lack of pay is one of the most common complaints among the lower enlisted. The young Lance Corporal of Marines can expect to bring home around $2000 a month in a regular paycheck. After bills, alcohol, and strip clubs, this may often leave them with little to no moneys after 48 hours of receiving that direct deposit from Uncle Sam. It’s worth noting that our armed forces are entirely voluntary, and the enlisted pay charts are public information.

It takes a certain kind of person to be a Marine… One must risk their lives on combat deployments and even push themselves through some of the most physically and mentally arduous training on the planet; all while being treated like human garbage by their chain of command for the near entirety of their enlistment.

…All for a scant couple grand a month.

I don’t know what kind of person that is, but I know I like them.

[I was going to make a joke here about Marines being prostitutes, but prostitutes are often treated better than Marines and they make more money.]