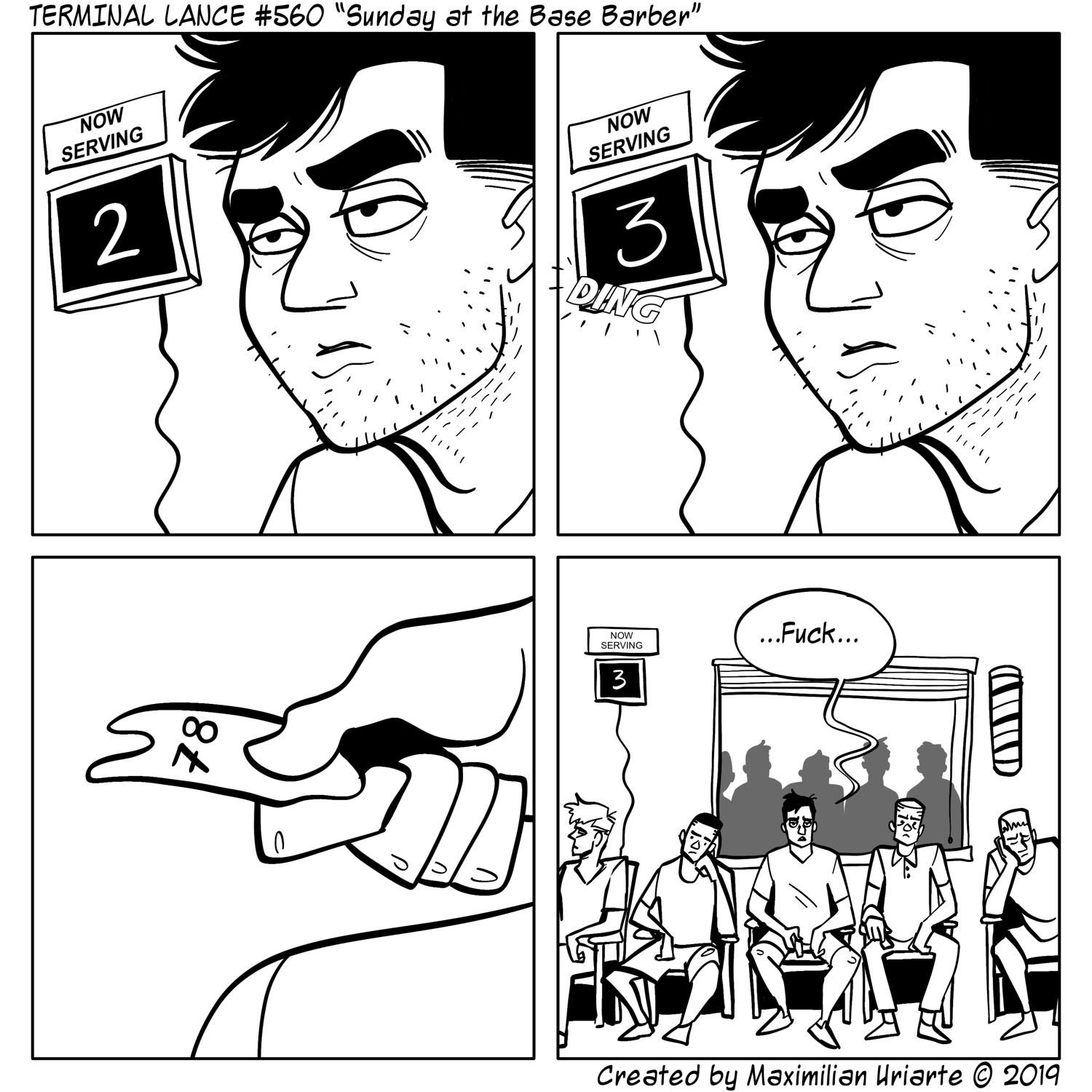 Haircuts and Marines… Name a more iconic duo. I hope you’ve cleared your weekend of any plans, because you’re about to spend at least 4 hours of your Sunday at the PX waiting for your weekly $7 head-scraping. Dare to show up Monday morning without a fresh ‘do and see how far you get before Staff Sergeant loses his damn mind.

Haircuts are as much a part of Marine culture as camouflage and dependents, but for whatever reason it seems to be one of those understated parts of the enlistment that you don’t really think about when you sign up. It’s also something that Marine bases are oddly underprepared for.

Literally the entire Marine Corps knows that 93% of the population needs to get a fresh haircut for Monday, yet each base stocks maybe 4 civilian barbers on any given Sunday to rake in those $2 tips.

In all seriousness, since it’s such a huge part of the culture, it should really just be an MOS. There’s already a dedicated Mexican in every barracks that can do a fade, just send him to beauty school already and put him in a squad bay with 40 other barbers each Sunday to glow-up the whole base.