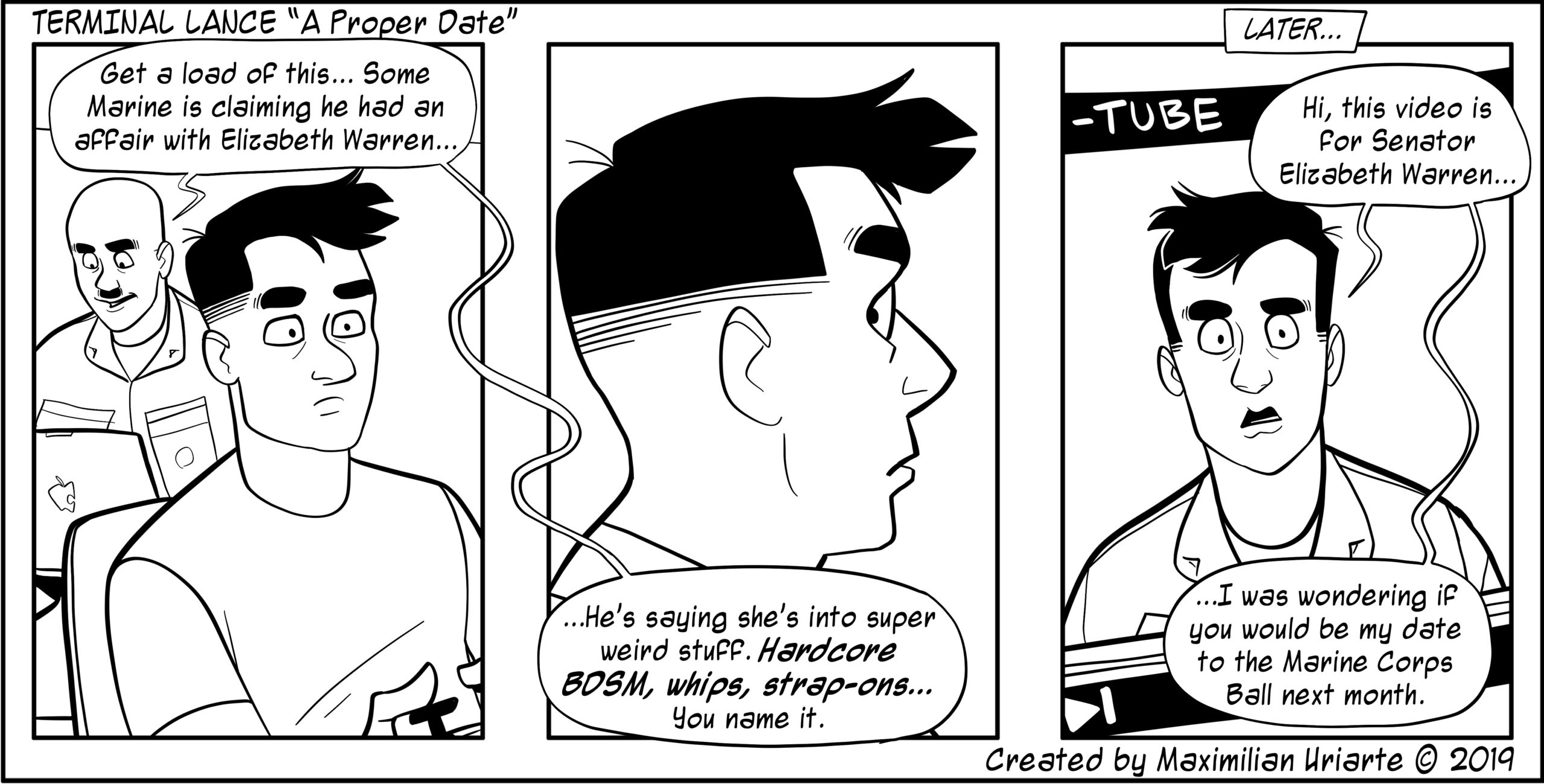 I wouldn’t normally consider a Marine having sex with anything to be “news”, but I was so intrigued by this incredible shitshow, I did some Lance Corporal Underground sleuthing of my own. I normally try to steer away from anything overtly political, but when an infantry Marine (0331) comes forward, very publicly, with salacious and hilarious allegations about a sitting senator, I consider it well within my jurisdiction to make fun of it. I’m not one for the whole stolen valor thing either, but this absolute fuckery is so insane and stupid that I couldn’t look away.

Multiple Marines have come forward to me with Whelly’s actual Marine Corps story, which I got into over the last couple of days on my Twitter feed. I’ll summarize it here:

Whelly being a machine gunner with 1st Bn, 3rd Marines out of Hawaii is true. However, that is essentially where the truth ends. Whelly never deployed to Afghanistan in 2012. In fact, he enlisted in 2014 and got kicked out before his 2 year mark. At some point, he apparently stole an RMR off of a 240 and tried to sell it to another Marine, where he was caught and sent to an 0311 platoon because the machine gunners all hated him. The closest thing to a deployment that he did was go to Okinawa, where he was sent home after a few weeks because his wife left him. There’s also some bits about him being incredibly un-hygienic and requiring supervision to bathe.

It’s actually kind of a sad tale, to be honest. However, standing in front of a crowd and flagrantly lying about your Marine Corps service when it’s so easily disproven is a whole other level of gall that I’m not sure I understand.

If nothing else, Elizabeth Warren is about to get a whole lot of birthday ball invites.

Check out the whole story on my Twitter here:

LCPL Underground provides. I dunno about that last part though…

Terminal Lance “It Catches Up To You”