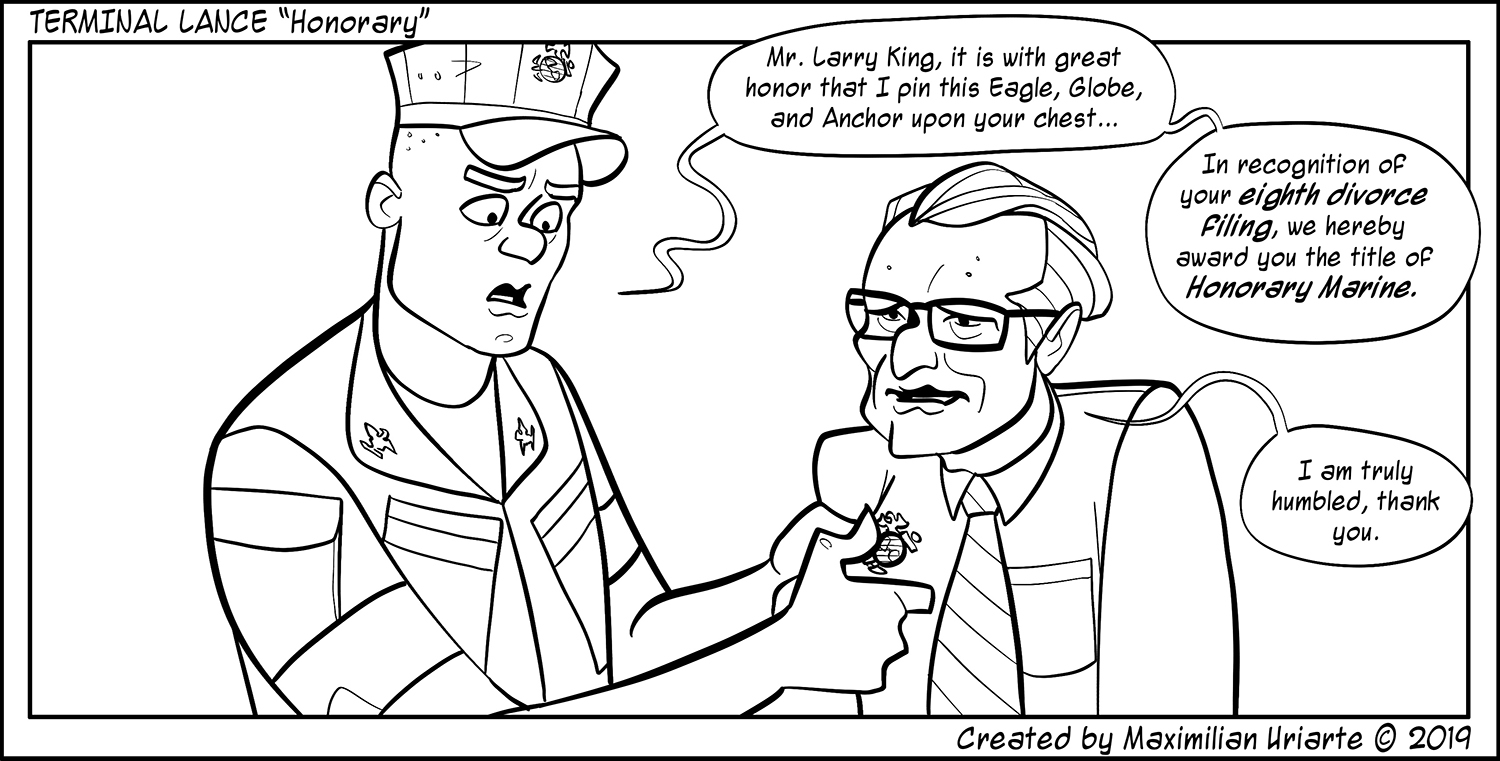 In some rare instances where civilians have proven themselves exemplary citizens above and beyond the norm, the Marine Corps can reach out and award them the title of “Honorary Marine.” If you ask me, Larry King’s eighth divorce filing from his seventh wife (I know) is the most Marine Corps shit I’ve ever seen.

Divorce and Marines go together like a happy husband and wife, which is why the divorce rates among service members floats around 85%. I suppose when you’re 19 years old and making major life decisions (like staying with the only person you’ve ever slept with for the rest of your life), things are bound to go awry.

Of course, the military system doesn’t help at all. There’s an implicit encouragement of young marriage, seeing as being married is infinitely better by default compared to single Marine life. Imagine being a young Marine and being asked if you’d rather live in a house with double the salary, or live in squalor in the barracks where they can’t even be bothered to fix the washer and dryers. Marines aren’t exactly known for their longterm planning abilities, but rather their impulsive and inventive quick decisions. On the bright side, at least we keep the base JAG busy.

Someone call the police sergeant to set up a room in the barracks for Larry King.