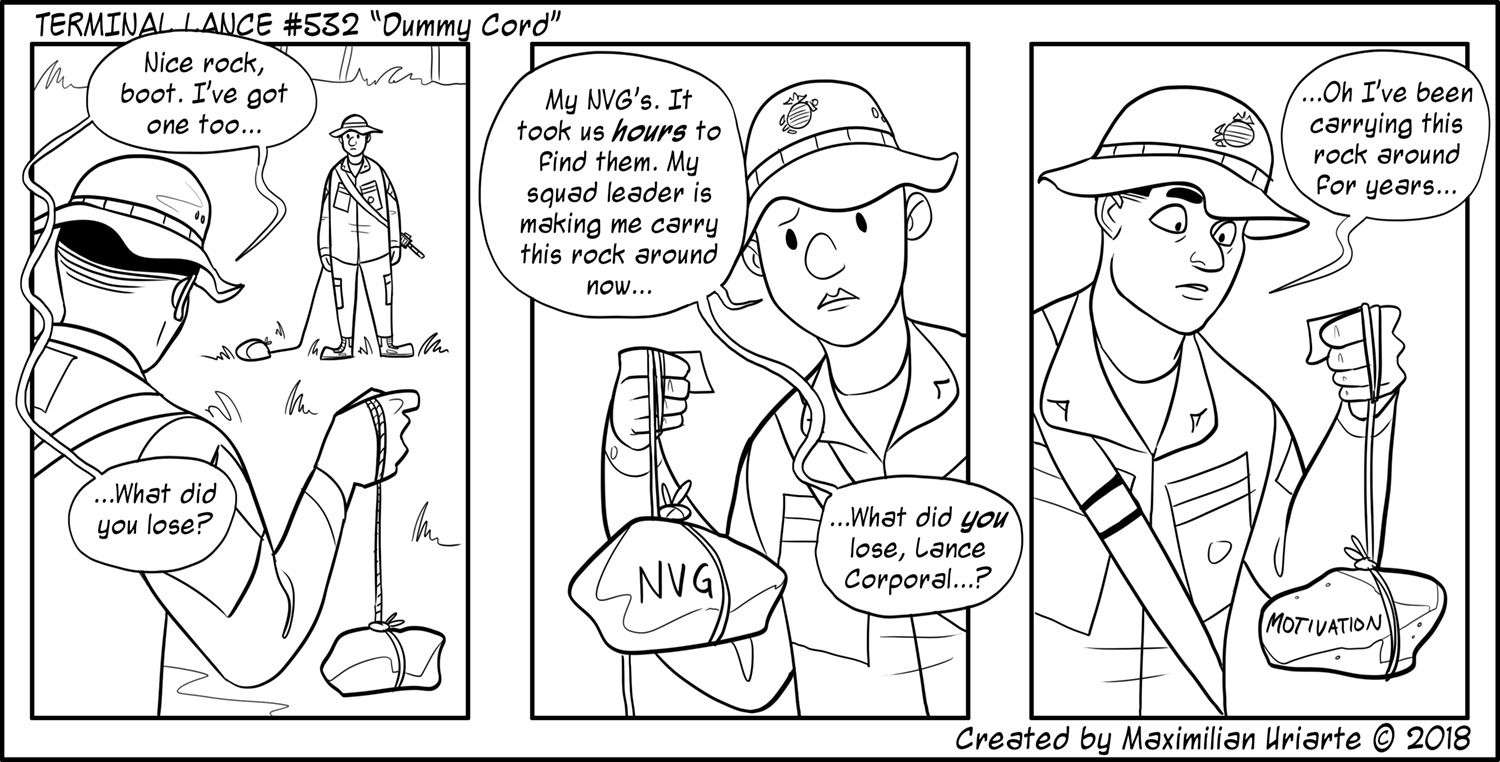 You’ll probably lose quite a few things while you’re in the Marine Corps. Your Goretex jacket, those weird black leather gloves that CIF gives you for some reason, your dignity and sense of shame, etc. Once they’re gone, it’ll take a crew of many Marines to search and scour for them. If those things are found, you’d better believe you’ll be busting out that 550 cord and wrapping it around a rock (or something) to drag around with you for at least a good few days.

The dummy-corded rock is a common practice within the Corps. The idea is, if you have to do something as stupid, childish, and annoying as drag around a rock for a few days, you’re much less likely to make the same mistake in the future. It’s fuck-fuck games 101, taught to all Lance Corporal squad leaders and up within their first year of getting to the fleet (or the first time they lose a piece of serialized gear).

If you find yourself with a pet rock… Know that it’s probably your own fault and you deserve it.

As well, you’d better remember that rock’s serial number when asked, or we’ll be playing games all night. Good to go?