It is a quiet Saturday morning in the armory cage with an analog Skillcraft clock on the wall, the face of it saying 5 AM. I can hear it ticking away as I brew up a pot of coffee because I’m planning on driving the fuck out of Jacksonville as soon as this platoon turns in their weapons. I take a warm slow sip and I remember that it didn’t used to be like this. I remember the days when the only time I needed to count in the Marine Corps was when I was having to do some super-motivated course of fire under a Lieutenant’s supervision or when I was trying to awkwardly explain my sexual exploits to my platoon. Now I count what feels like thousands of black-matte objects twice a day, the monotony of the experience leaving me with a bitter taste in my mouth to accompany the coffee. 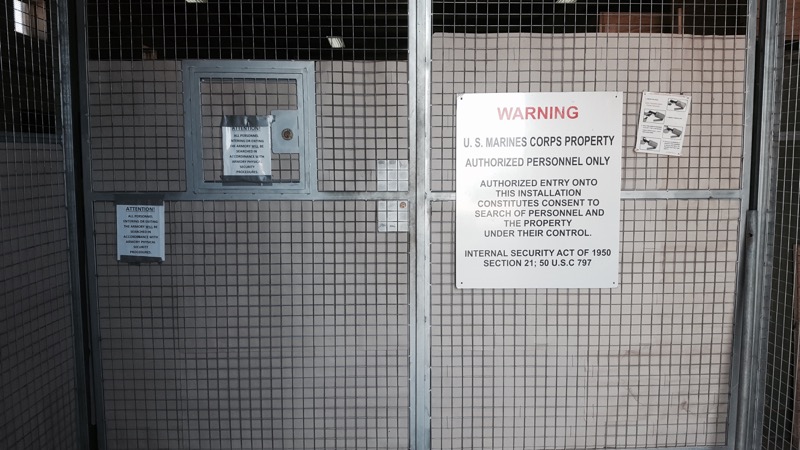 Before I was put into the armory cage with the motivational billet title of Armory Custodian, I was an 0311 – Infantry Rifleman. There’s not much to brag about in this because it was during peace-time and all I really ended up doing on my first deployment was a trip into the Heart of Darkness (Africa) where I stood post for hours on end and then bitched about it on the wi-fi in true Marine Corps fashion. Still, I was motivated about the whole experience and when we came back I was made a team leader for a few months. I saw a few because the armory had an opening and the company needed a human sacrifice. My name popped up, and when I was told by my Staff Sergeant at the time that I was up for being the new custodian, my heart sunk.

I begged and pleaded with every NCO, SNCO, and officer possible to let me keep my team leader billet or at the least keep me in a line platoon. There was no worse fate than being stripped of a title that I wore so proudly then to be promptly forced into a desk job. Sensing that I was desperate to avoid the fate of being stuck in the armory for the rest of my four-year career, the XO (my former platoon commander) himself tried to ease my fears. “Don’t worry,” he said. “This doesn’t mean you’re a bad Marine. We’re actually choosing you because so many people fought to keep you in their platoon.” If his words ring true, then I would have been better served if I had just picked up an extensive drinking habit and let my work performance suffer until they’d chosen another Marine. Nope, instead they stuck my ass in the armory.

You see, when I bitch about being in the armory, understand that there are a lot of super chill things about it. Sometimes I’ll bring in my laptop and literally just play video games while people are sweating their ass off of in hundred degree weather with a ninety-percent humidity rating. I’ve also snuck in a cot one day so that I could sleep in any clime or place, but when you wake up from your armory naps, you usually end up sitting there with this lingering sense of guilt that you’re skating while everyone is suffering constantly. I didn’t sign up to do a POG job, I didn’t want the skate life. I had a 98 ASVAB score, a 136 GT score, and an average size penis which meant that I could have had any job in the military and not feel like any less of a man. Most combat-arms Marines will understand though that you’d rather do it the 03XX way instead of the POG way. I wanted to be in the infantry more than anything, and when I was taken out of it and put in a desk job, my morale sunk.

What really bummed me out for a while is that I have a completely sober idea of what it is like out there in the field. You don’t have this idea of some super radical camping trip where you all get to shoot guns and then go sleep in your sick-ass tent. You know that your friend is going to be sitting there in the cold, soaking wet, waiting for a notional enemy to walk by so he can yell “bang bang”. It’s one thing to go through that with your guys that you’ve been with since you first hit the fleet, it another thing entirely to wake up and be the asshole that turns away your weapon because it has rust on it. You know why its rusty after a five day field op, you know that it makes sense to turn the weapon in and come clean the day after, but you’re also being told that the CO is coming by in the afternoon and that if he finds a single dirty weapon, the whole company will be drawing and won’t get to leave early for the upcoming 96. Sorry bro, you’re weapon is dirty.

The thrilling sensation of regularly being an asshole to people, coupled with the constant counting of similar objects and readings of serial numbers has resulted in what I’ve taken to calling “POG Fatigue”. Your brain starts to get fried from all the mountain of paperwork that you grind through, you can’t wash the smell of carbon off of your hands for some reason, and you’re having to come in on the weekend for the third time in a row because a lone squad of Marines was out in the field. It seemed to confirm my theory that no job in the Marine Corps is truly skate. Everyone thinks that some super POG MOS is going to be the chillest thing ever, but whenever I’ve talked to a POG I always make a point to ask them what sucks about their job and they find plenty of things to bitch about. It’s gay all over, it seems.

I knew it was starting to be too late for me when I was seeing a transformation brought on by the armory cage. Besides a more pale complexion from the lack of sunlight you’re getting, you also will regularly compare the quality of pens and develop a strong opinion on certain brands. G-2 Pens are pretty solid but will bleed easily, so don’t take them out in the rain on your brief hike to the chow hall and back. Zebra pens are the poor-man’s G-2 and should be used sparingly. Skillcraft are okay, mainly because their free and you can hoard twenty of them in your desk. Space pens are just an expensive way of throwing your money in the garbage because they seem to break really easily halfway along the middle. There’s a commercial that sometimes pops up in the on-base theater, where what seems to be a rifle is being assembled in a really close-up view while the Rifleman’s Creed is being spoken. At the end, it’s revealed that it is a pen and that your weapon is actually your vote so you should go register right now. Before I was in the armory, I always laughed at that commercial and joked around that it was a POG weapon alright. Now I can tell you that it is a thinly disguised Zebra Pen, stainless steel, with a 0.7mm tip. You know that moment of panic you get when you realize you’ve lost something really expensive? That can happen to you any day in the armory cage. I’ll be counting everything for my closing counts, and realize that I’m coming up short one pistol. Okay, no big deal. I’ll recount maybe two, three, four times until everyone in there agrees that “holy shit, we’re missing a pistol”. Keep it on the down low and then start the frantic search for answers. Sherlock Holmes levels of detective work are sometimes necessary to find out that a weapons card was blown under a cage, or that a broken weapon was taken out today and the armorer’s forgot to give you the paperwork saying “Don’t freak out, we took that shit.” While I’m searching through all the hastily organized paperwork in the cage, flashes of horrors come before my eyes: vehicles being searched by MPs, rooms being thrashed apart fruitlessly, bases on complete shutdown an hour before leave block starts. NCIS will probably rape me in both a literal and a metaphorical sense of the meaning. One small serialized piece of metal can result in so many ruined plans.

It honestly isn’t all that bad though. Since I went in, I’ve been able to work out regularly and get to a better level of physical fitness than when I was in the infantry, which is depressing to think about. With all the excess amount of time that I spend not going in the field, I’ve managed to work on a lot of my hobbies so I can continue to be an eccentric weird guy that sits in his room most of the time, but does it productively! And the chief thing that we all know in our hearts, is that when my roommate goes out to the field, I can strip naked and dick around in that small abode with no worries that the door will swing open and I’ll have to explain to my squad why I’m trying to play the recorder. Plus, that Skillcraft clock keeps steadily ticking on, counting down the days until I EAS. 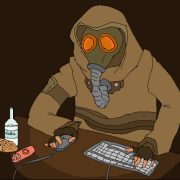 J.E. Holmes
Surviving the bars of Spain and the mosquitoes of Africa, Lance Corporal Holmes now sits in a cage, bidding his time. 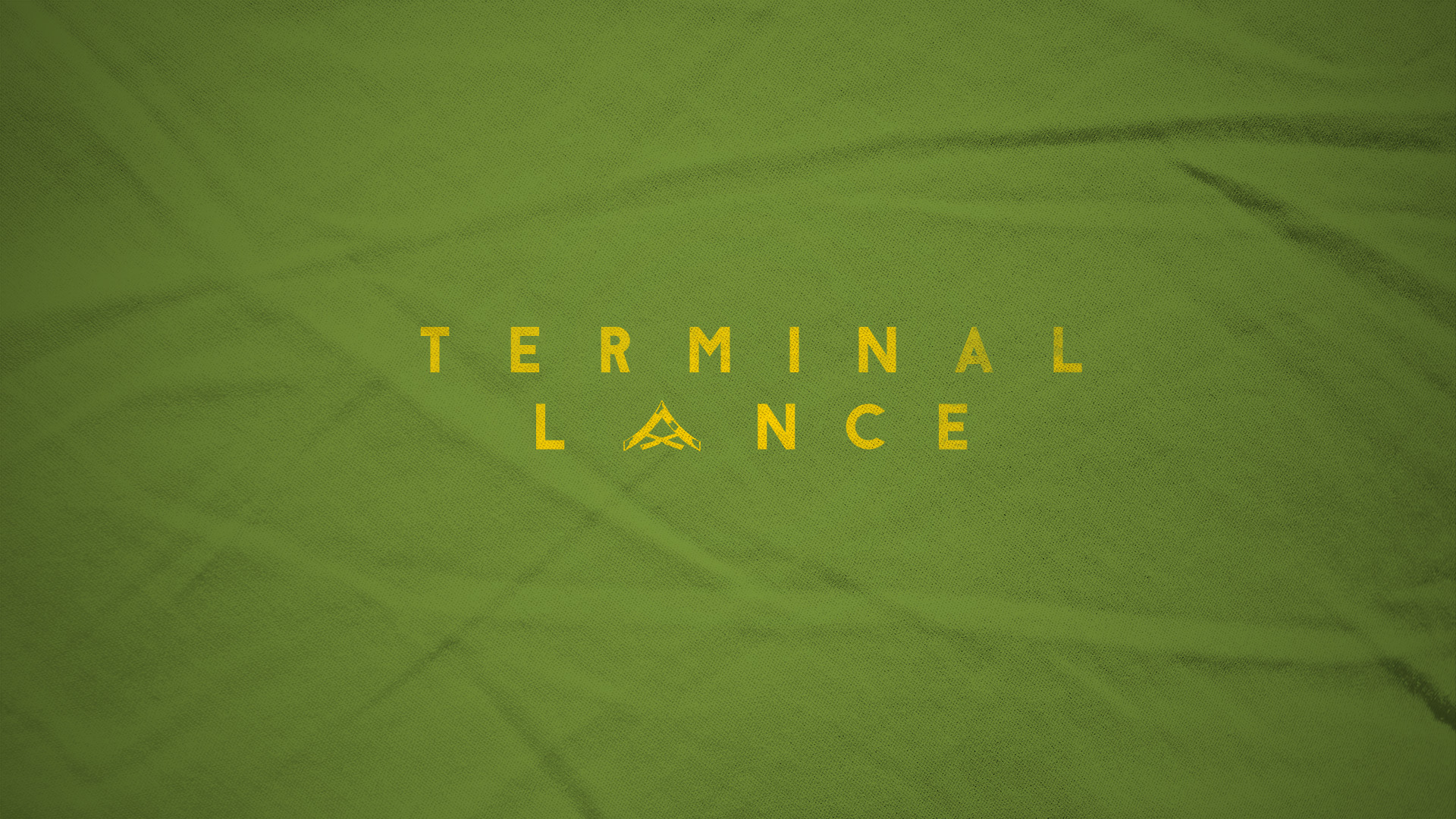