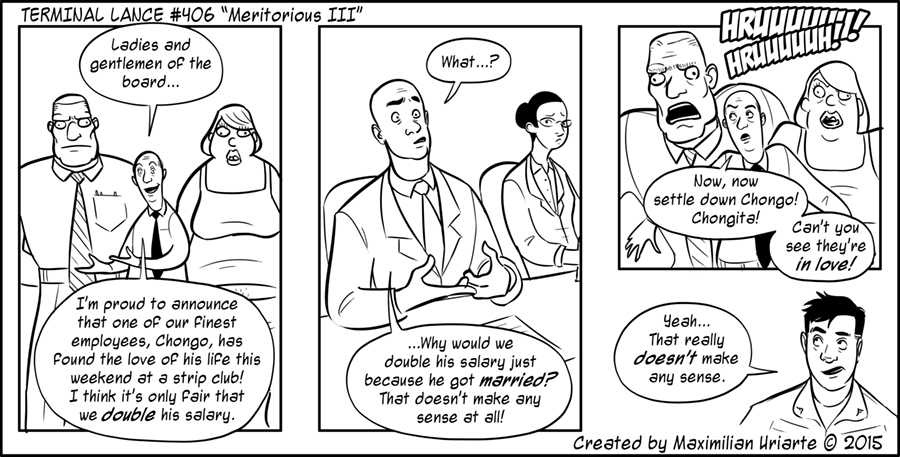 Like many enlisted Marines over the age of 20, I’m divorced. Like many Marines I rushed into marriage because living in Hawaii it was the only way for my (at the time) girlfriend and I to be together, and it allowed me to have a relatively normal lifestyle. Not only do you get to move out of the barracks but you get to choose between living in the (fairly nice) base housing options or collect BAH depending on the zip code. If you’re in Hawaii, that’s quite a hefty sum for the average Lance Corporal. Even without collecting the BAH, living in base housing is pretty great when you contrast it with the barracks. Instead of sleeping 3 to a 10×10 room on top of each other, you get a legitimate house or apartment without having to worry about rent or utilities.

It’s conducive to the classical vision of the nuclear family, but not to the poor decisions of Lance Corporals. People really aren’t supposed to get married at such a young age, before they’ve even had a chance to discover themselves. As a result, you see more marriages end than succeed, and plenty of young Marines biting off a lot more than they can chew.

Anyway, this week is Thanksgiving! I dunno about you, but I’m going home for some much needed family time. The last time I went home was… Christmas. So yeah. I may or may not have a new comic on Friday, but I’m sure you’ll all be too hungover on tryptophan and door buster holiday savings to notice anyway.

In any case, go eat some turkey this week.