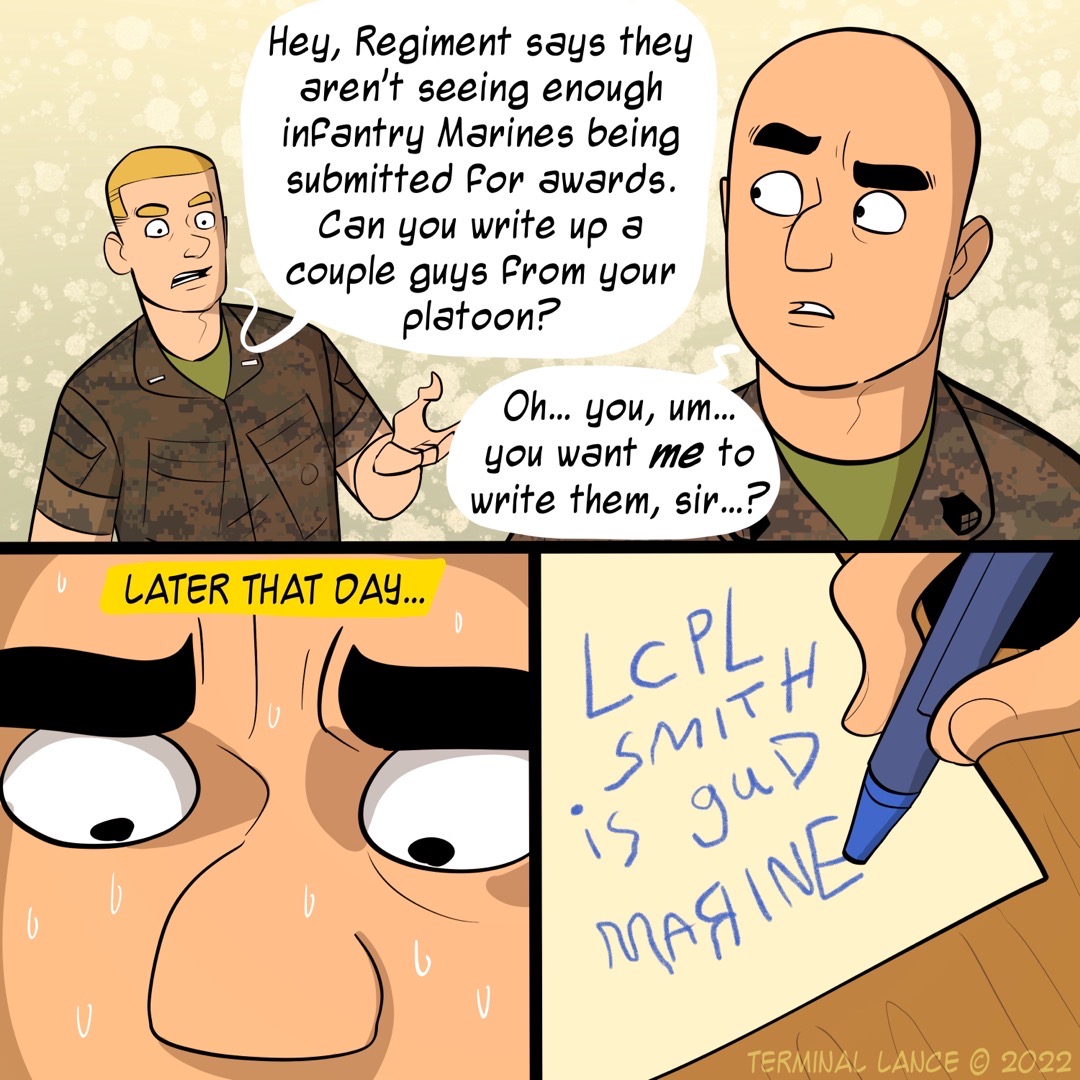 As an infantry Marine, you’ll often notice that basically every POG or POG-adjacent in the battalion will stack their chest with NAM’s and all manner of other awards while you and your friends carry on without. This phenomenon is due to something I like to call “Admin-Proximity.”

You see, infantry Marines at the bottom of the rung have many layers of official and unofficial leadership in between them and Marine Corps administration. POG’s that work in small shops of (typically) 5-12 Marines, will be in close proximity to not only their leadership, but the Marine Corps administrative system itself. The knowledge of awards and how they’re given is free-flowing in the POG ranks, and it’s much easier for their leadership to acknowledge their accomplishments and submit them forward using the tools at their disposal.

Not so much in the infantry. If you do something amazing, but your class ratio is 45 Marines to 1 Staff NCO and/or officer, the odds of you getting noticed and written up for it are much smaller than your POG counterparts, who wine and dine and schmooze with ranks across the board on a regular basis.

I’m afraid the “BDE” of being infantry is the only award you’re likely to get during your enlistment as a grunt in the Marine Corps.