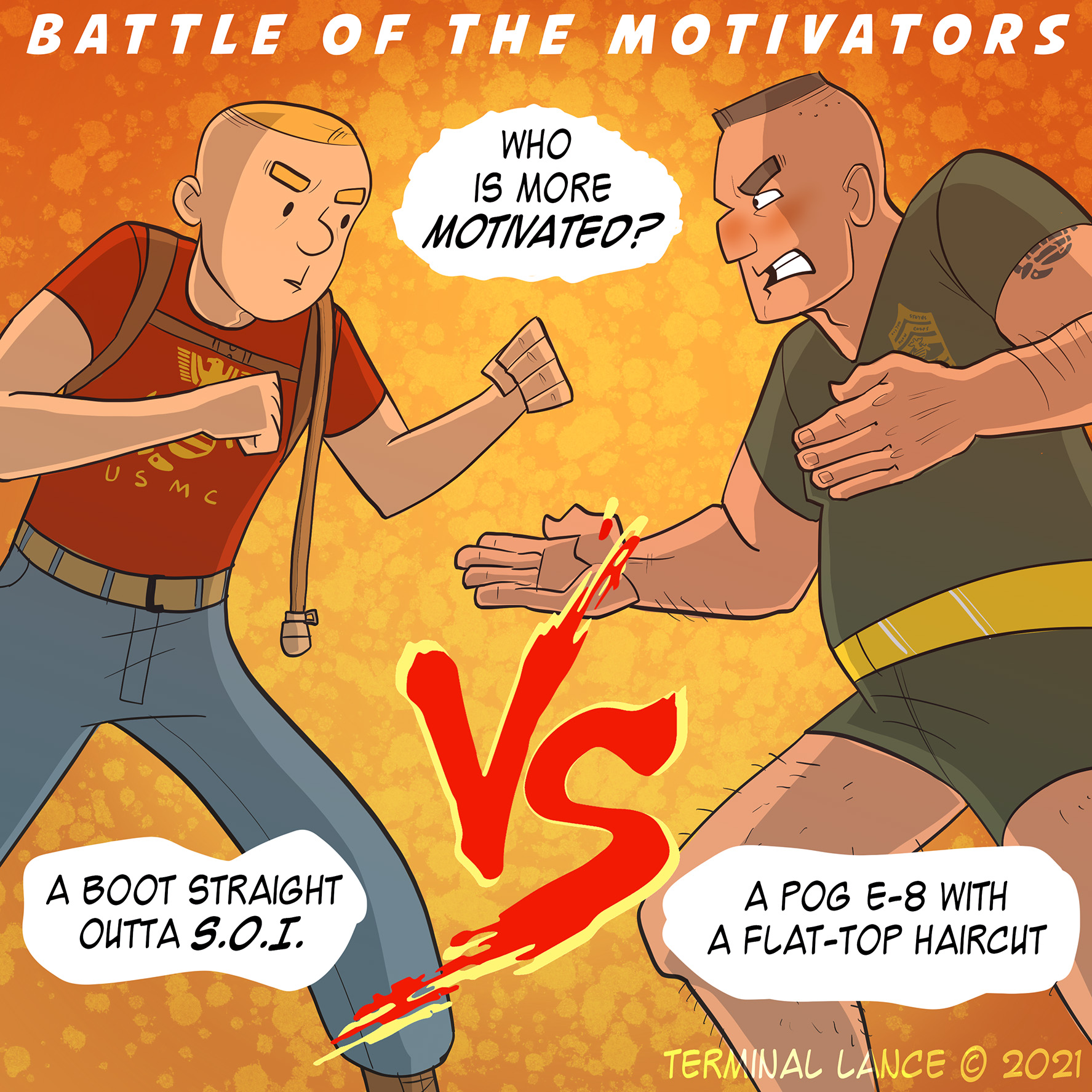 Terminal Lance BATTLE OF THE MOTIVATORS

The Duel of the Century is upon us! The svelt tan-belt versus the voluptuous dad-bod defender for the crown of most motivated Marine! Who will walk away the victor? I’d say this is a pretty even toss-up.

Motivation in the Marine Corps is defined as how much you love… Well… The Marine Corps. How much do you love Marine Corps shit? Stuff like PT, haircuts, camouflage paint, putting EGA’s on everything you own. That is motivation.

Boots are naturally motivated by default. Extremely proud of their most recent (and only) accomplishment of being ordained the title of Marine through the fires of boot camp, they own their title with an unnatural and shameless pride that is annoying to basically every normal person. Then comes the fleet.

Upon arrival to the fleet, the new Marine will either succumb to the temptations of shit-baggery and attain their DD-214 no second too-soon; or they will keep that glimmer of motivation and keep reenlisting. With each reenlistment, their motivation levels increase, sometimes even doubling. By the time they reach the higher ranks of the Staff NCO, their motivation levels may be too high to function in normal society.

This battle is truly one for the ages.

In personal news, I’ve been away for a couple of weeks because my wife and I just had our first baby. It’s been a whirlwind of sleepless nights and poopy diapers, but please welcome Theodore Uriarte to the mix. As time has gone on with Terminal Lance, I find that I talk about myself less and try more to keep the focus on the Marines and the Marine Corps. Rest assured, I’m alive and well and working on some exciting new endeavors for TL and beyond. Stay tuned, hopefully we’ll have some great news in the near future!