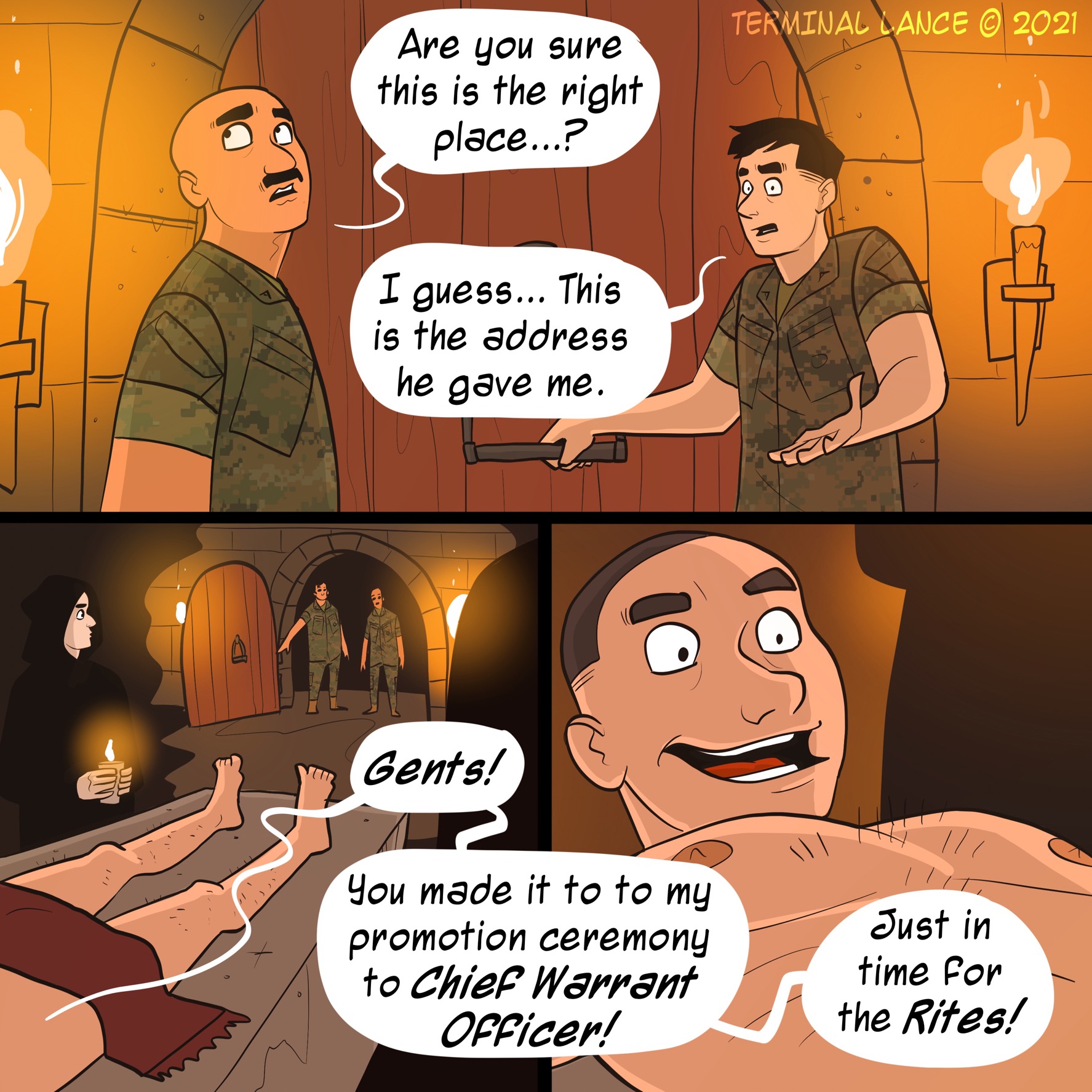 There is perhaps no other military rank shrouded in as much mystery as that of the elusive Chief Warrant Officers. Their colorful collars are adorned with flamboyant and powerful rank that give them unprecedented powers throughout the Marine Corps. No one has ever seen a Marine get promoted to the Warrant Officer ranks, it is thought that their ceremony is one of darkness and ritual.

In reality, the Warrant Officer ranks are in a weird spot because nobody actually knows who outranks them. They exist in a weird medium between enlisted and commissioned that grants them strange privilege. Enlisted can’t tell them what to do, but commissioned officers can’t find them because they aren’t as fluent in the skating arts as the enlisted. They are caught between worlds, in the nether realm of the Marine Corps. 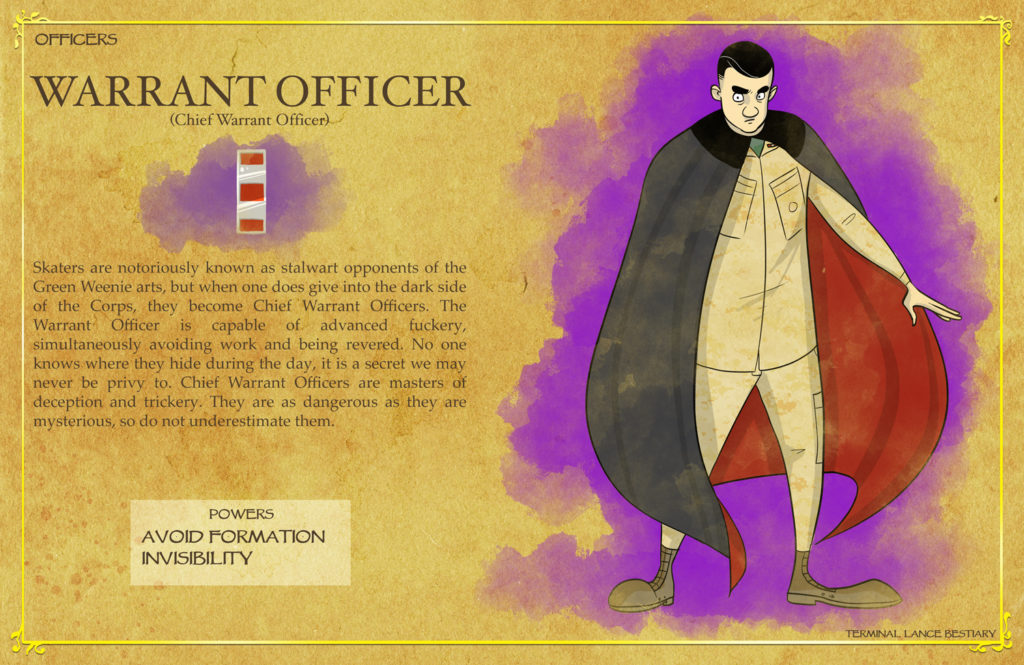 You can learn about CWO’s and more in the Terminal Lance Bestiary of the Marine Corps eBook on Kindle. Check it out!