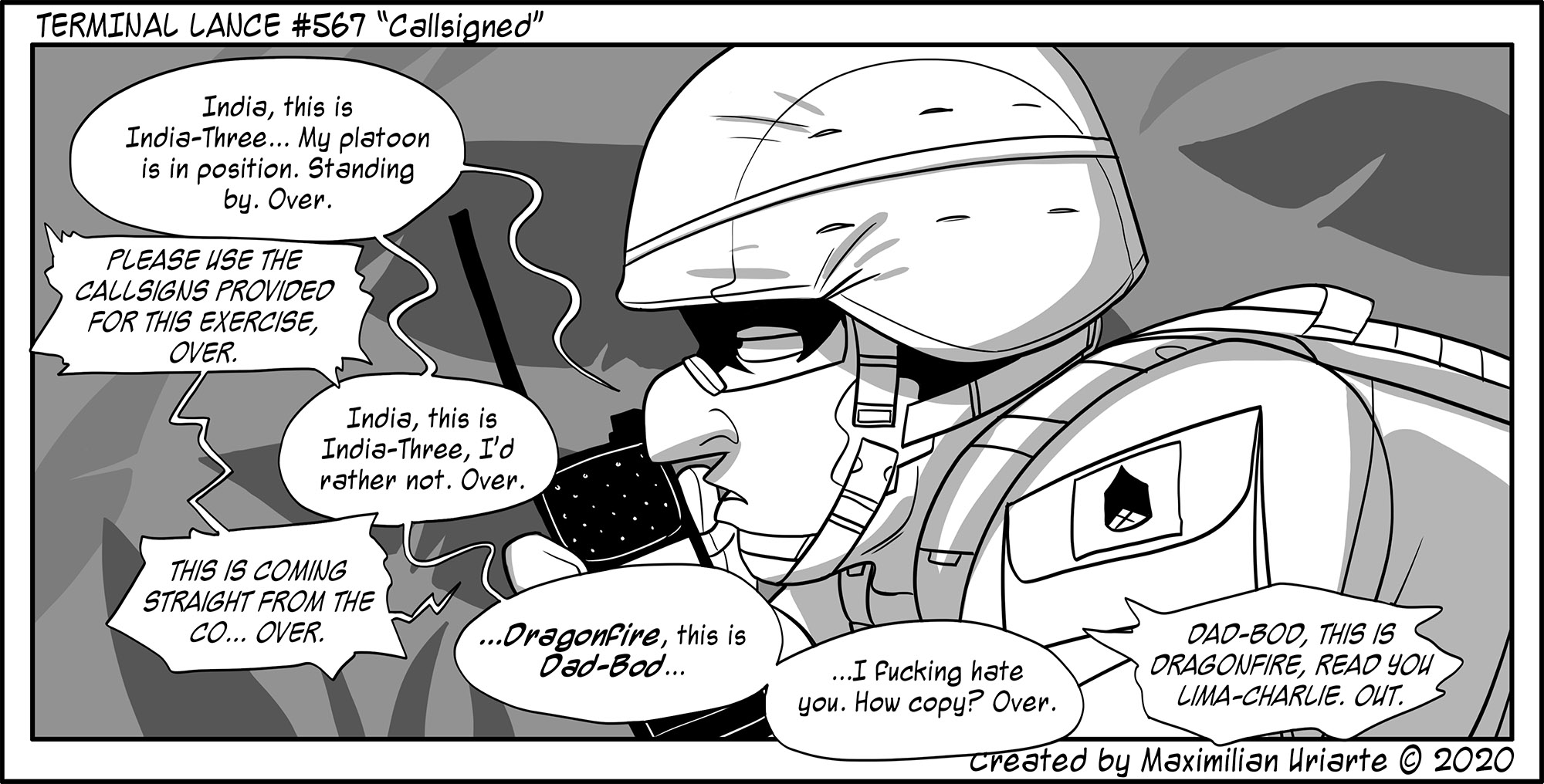 As I said in the very first comic I ever did, 10 years ago now, no one gets to pick their own nicknames. You watch movies like Top Gun or whatever and you think you’re going to end up with some badass name like ICEMAN, or GRIM REAPER… Instead you end up with FUCKHEAD, because the ONE TIME you forgot your NVG’s and the whole platoon had to spend a night looking for them in the field. They never forget.

Shit is going crazy as I type.

There’s a lot going on right now in the military sphere, thanks to all of the insanity in the Middle East at the moment. All I can hope for is that the Marines and other service members stationed abroad are staying safe and looking out for each other.

In other news… Sunday was the 10th Anniversary of Terminal Lance. As I mentioned over the various social media channels, I could have never predicted as a Lance Corporal in Hawaii that TL would become the phenomenon that it has. I legitimately thank all of the Lance Corporals across the Corps for the love and support over the years, and look forward to more to come.

As for the Duty Doodle contest, look forward to the winners on Friday… Stay tuned.