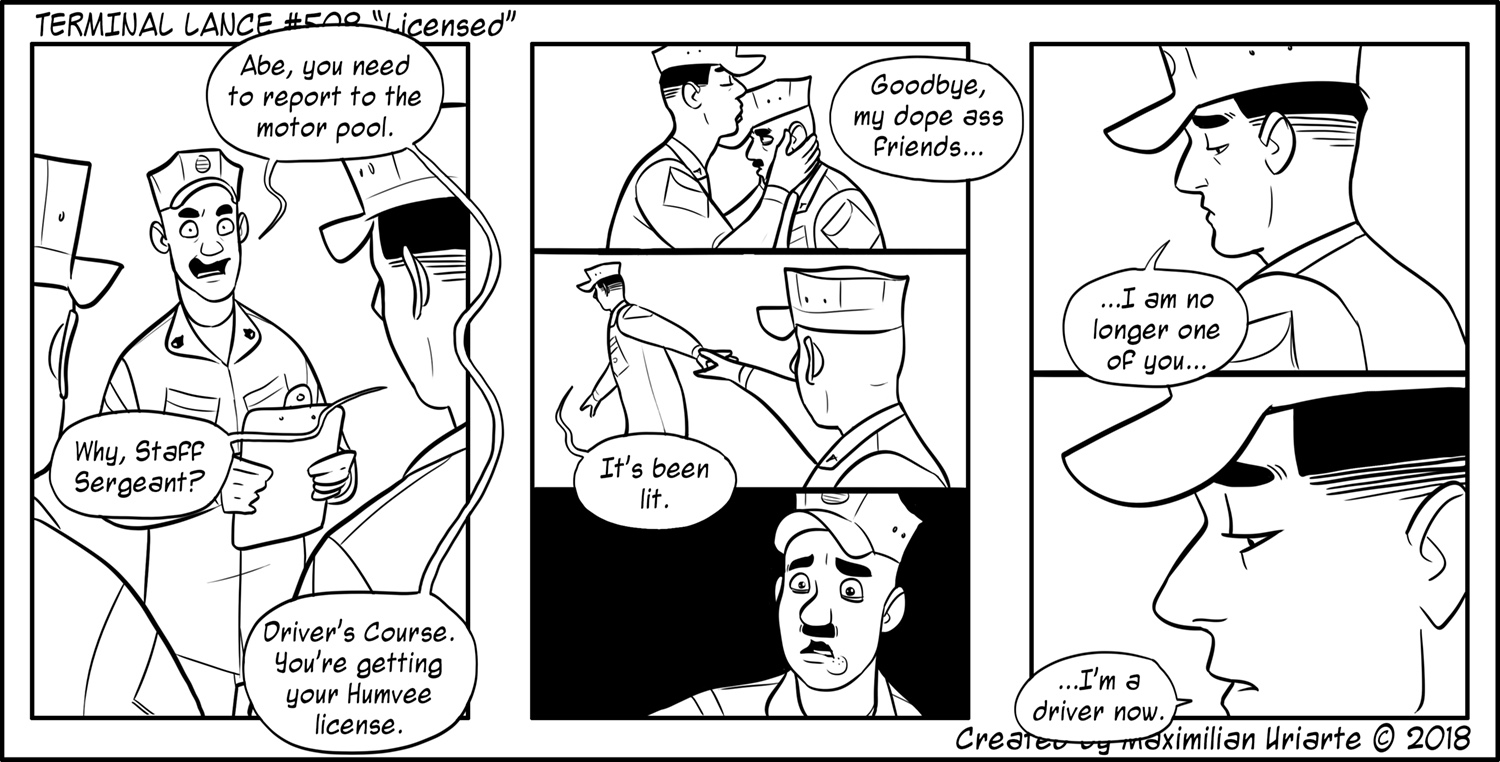 It starts off innocent enough… Staff Sergeant tells you in formation that you need to report to the motor pool on Monday… You’re getting your Humvee (HMMWV) license.

But then things change. First it’s the course. Sure, it’s only a week long, but that’s a week of barracks shenanigans you’re not really a part of. That’s a week of bullshit armory stuff that you skate past. At first it seems like a hook up, but then you realize you never see your friends anymore.

They get told to pull out weapons for the field op at 0500. You get told to be at the motor pool to pull out a 7-ton. You don’t stand by on your pack with them anymore, instead making friends over at Motor T. You know they’re POG’s, but you try not to think about it…

…But deep down inside, you feel like a traitor to your squad.

This is your life.

In unrelated news, the comic updates have been reduced to once a week over the last month (I’m sure you’ve noticed). This isn’t a normal thing, but I’ve been balls deep in an upcoming project that I can’t announce quite yet. You’ll know soon enough… But you’ll have to be patient with me for a bit longer.