I have to hand it to ILM… They did a fantastic job of taking out Adam Driver’s Oceanside-born moto tattoos in post production. How do I know Adam Driver has moto tats? Because of course he does. I would put money on it. 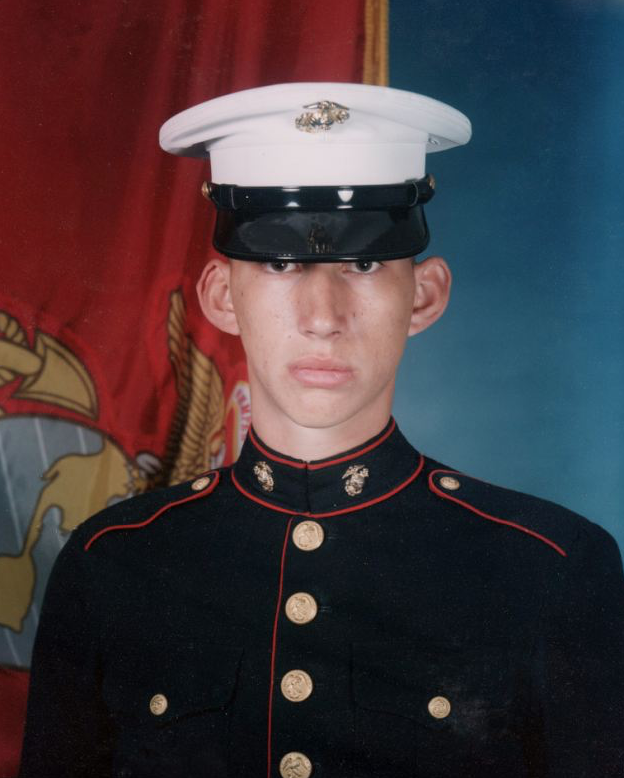 For those of you that don’t know, Kylo Ren was an 0341 with 1st Bn, 1st Mar for 2 years before being medically discharged. It’s no wonder he’s been naturally drawn to the dark side of the force, as most Marines I know tend to be more sympathetic to the Empire than to the Rebel Alliance. There’s something about being part of an organized, authoritarian military that makes the average Lance Corporal feel more closely akin to a Storm Trooper than Luke Skywalker.

I have plenty of feelings about The Last Jedi, not all of which are good. However, I will say that Adam Driver is by far my favorite part of the new trilogy. I actually first discovered his acting with the show Girls (the girl I was dating at the time was super into it ), and I thought he was amazing then as well. It wasn’t until after The Force Awakens came out that I found out he was a Marine. He actually is a great dude and does a lot for veterans and the arts, so you should definitely buy him a beer if you see him.

In other news, the Terminal Lance Ultimate Omnibus is available for preorder, releasing on April 24th! This is the ultimate compilation of Terminal Lance comics, featuring nearly 500 comics from the website and 300 comic strips previously from the Marine Corps Times newspaper! Holy shit that’s a lot of comics! Click the image below to check it out!