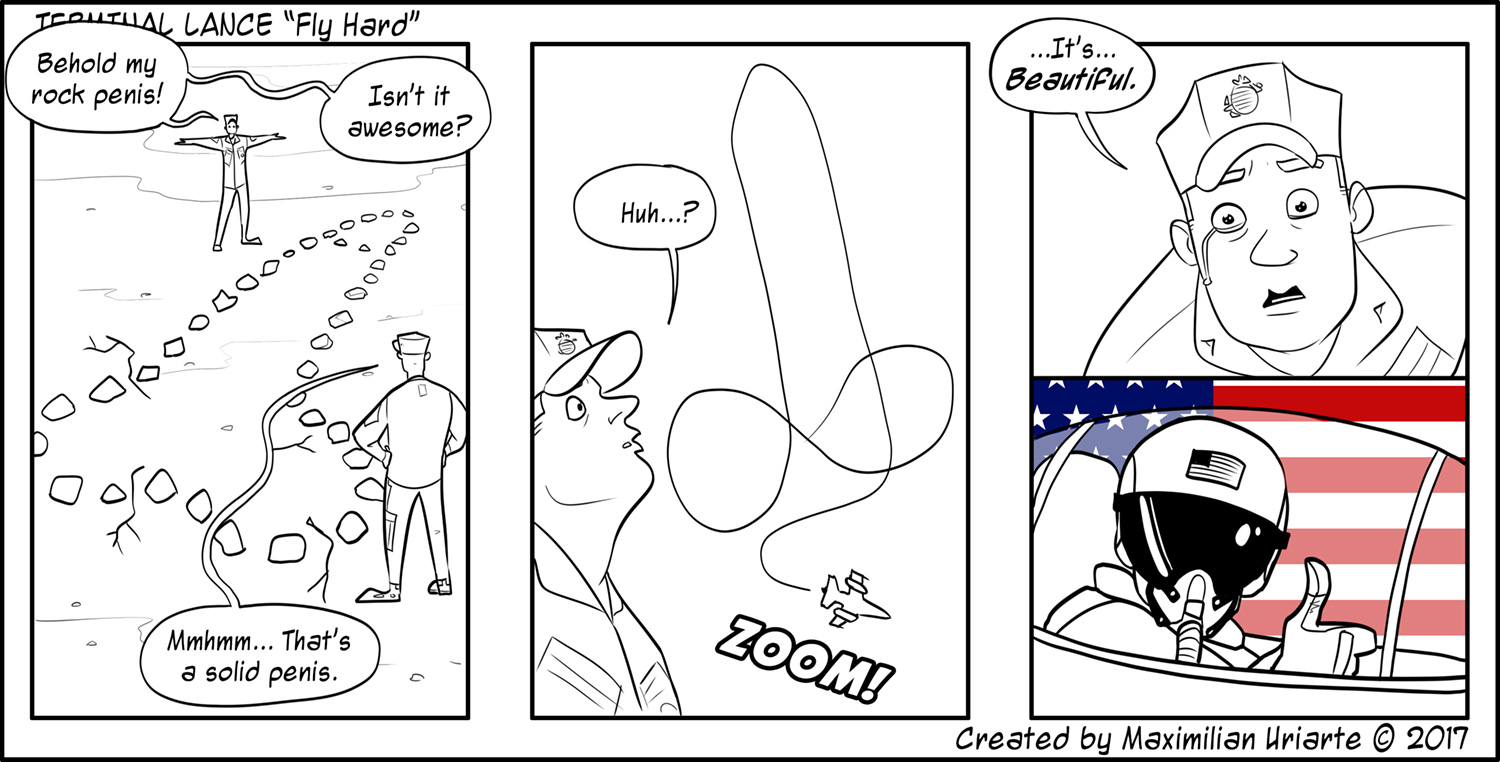 Making national news today was a hero of a Navy pilot that decided to grace ground-dwellers with a beautifully simple erect penis against the deep blue sky. Penis drawings are a mainstay of the military across all branches. Dicks find their way into every facet of military life, from the bathroom walls to the people that yell at you for breaking rules you didn’t know existed. By god, even the women draw raging dicks on everything. It is one of the most basic, instinctual habits since the dawn of mankind, and it’s hilarious 100% of the time.

Of course, these pilots are in some deep water because the military loves to pretend it isn’t generally an adult daycare center for people with lots of guns and anger problems. I was interviewed earlier today for the Washington Post regarding this story, as I’ve apparently become one of the nation’s leading experts on dick drawing.

Now I’m just waiting for some Marines to up the ante on this, because the Navy is putting us to shame right now.

Speaking of dicks, I’ll be at Camp Pendleton TOMORROW! (Saturday, 11/17)

Find me at the new mainside PX by the front gate from 1100-1300. We should have copies of The White Donkey available for purchase there if you’re missing one. Come say hi!