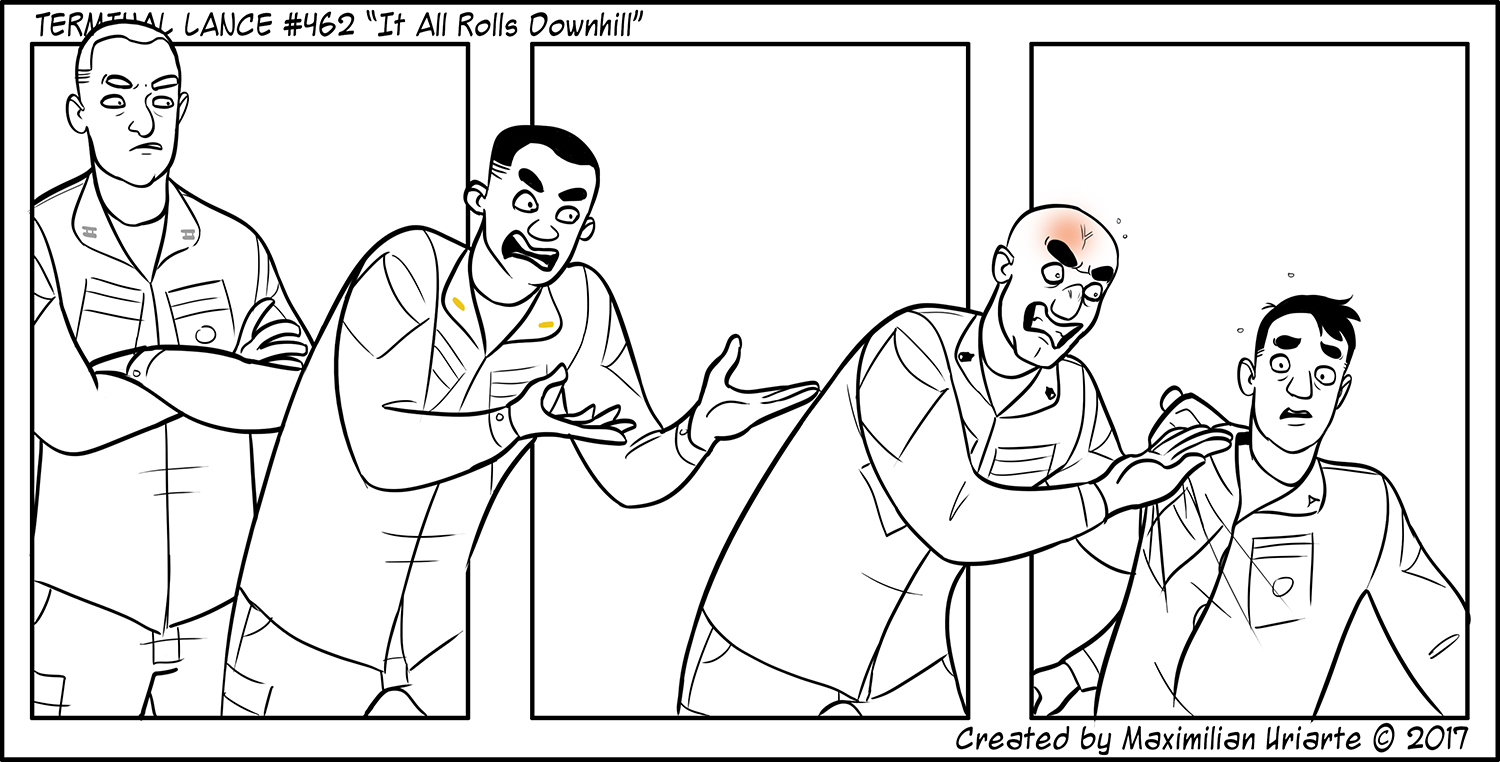 Shit is the overarching theory of everything in the Marine Corps.

The food is shit.

The most important facet of this law is also the physics involved with the direction in which the shit moves.

Shit only moves one way: Down.

Most of your time as a junior enlisted Marine will either be spent doing literally nothing, something, or being yelled at for something, or nothing. Understanding the laws of the Marine Corps, if you can’t figure out why you’re being yelled at, you can deduce, through scientific method, that the shit must have come from above–as shit can only move one way.

Perhaps your Team Leader caught shit for something you did, which was received by his Squad Leader, who in turn received a shitting from his Platoon Sergeant, who got shat on from the Platoon Commander, who took massive shit from the Company Commander; etc.

Don’t be at the bottom when it lands.