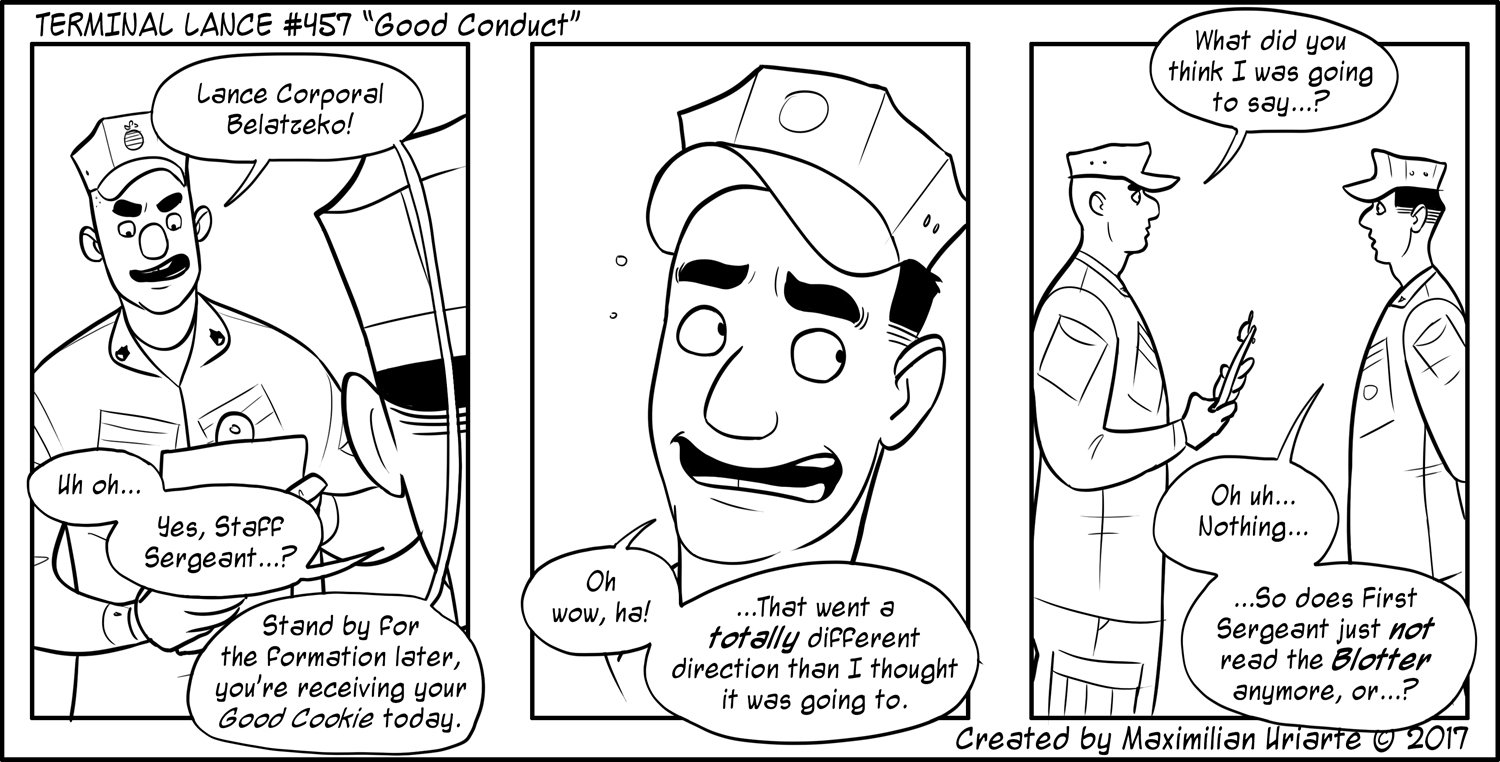 After three years of “Good Conduct,” one will generally receive their Good Conduct Medal accordingly. It really is simply an award received for not fucking up. This might seem easy, but you’d be surprised at how many Marines fail to accomplish such a simple task. In all fairness, the Green Weenie is always hard and always thirsty for that ass, so it’s tougher than you think.

If we’re being deadly honest, a lot of the career of the average Marine is spent simply trying not to fuck up. If you fuck up, you’ll be punished. Don’t fuck up. This mentality acts as a simple, yet effective guiding light in moments of darkness over the 4 year enlistment. “Protect What You’ve Earned” comes to mind, as an alternative and palatable way of saying “don’t fuck this shit up, you got bennies waiting for you at the end of this.”

Oh and lastly, for those of you curious about the question I posed last week regarding male civilian spouses, it turns out they do exist! Here is one response I received: