In a line company, Platoon Sergeants and Commanders come and go. Unfortunately this means that you never really know where your next one is going to come from. Often times, you get stuck with some Staff Sergeant returning to the fleet after yelling at or lying to children for three years. (Drill Instructors and recruiters, respectively)

For what it’s worth, recruiters are usually the better option as far as your personal quality of life is concerned, they’re generally laid back and don’t give a shit about anything outside of running into one of their prior-recruitees.

As a Hawaii Marine, I was often told that Staff NCO’s that selected Hawaii as their permanent duty station were some of the worst, since it was generally seen as a relaxing holiday to be stationed there. Of course, worst is a general term, since it means the Staff NCO’s were relatively unmotivated compared to their peers. This was great for the lower enlisted, because it meant that for the few hours that they were around, they didn’t give a shit any more than we did.

When they weren’t around, they were probably surfing.

In other news, I happen to be on holiday in London at the moment. After much begging and haggling and oral sex, we were able to arrange a book signing tomorrow at Orbital Comics near Leicester Square!

If you’re around, come say what’s up. If you’re American, you’re legally required to be there. We’ll have books for sale at the event, but I’ll sign basically anything you put in front of me. 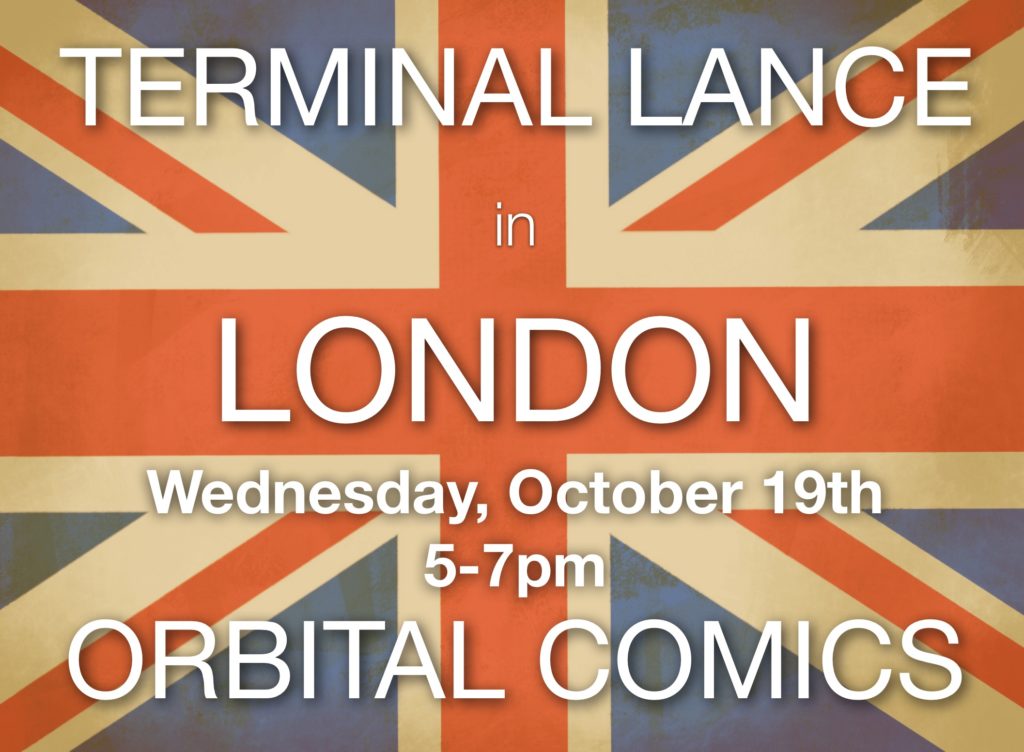