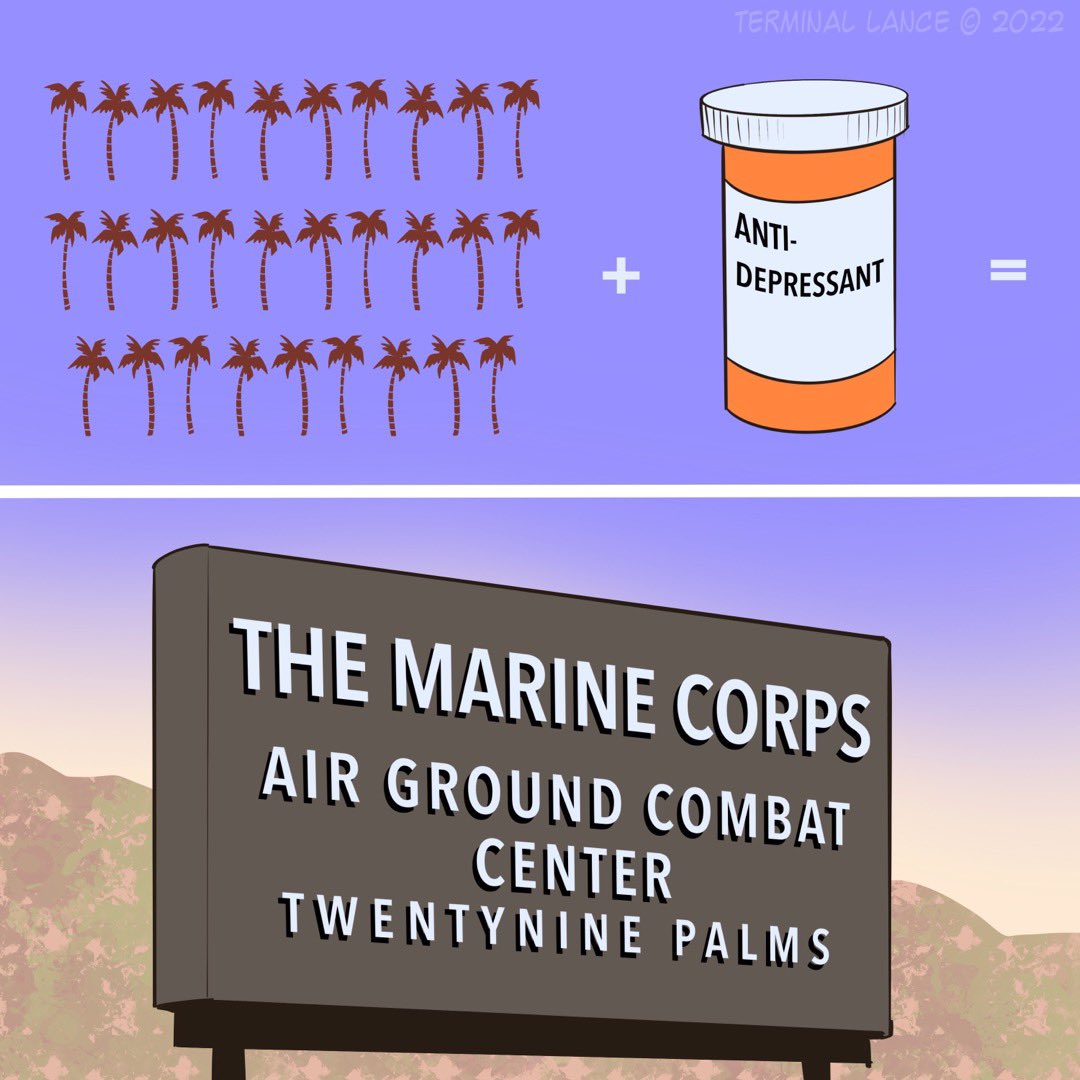 Twentynine Palms is as ubiquitous throughout the Corps as it is miserable. Most Marines will find themselves there at some point, whether they’re stationed there or not. Many Marines pass through and spend a nice vacation at Camp Wilson during any one of the major training exercises aboard the California base. During both of my workups for Iraq, my battalion spent a month living in the quonset huts of Camp Wilson and generally hating everything about it.

Though some Marines swear by its “good training,” Twentynine Palms is truly a punishment of sorts in terms of places to get stationed. It’s in California, the most beautiful and geographically diverse state in the country, but it’s in the middle of the desert, hours away from anything worth seeing. Contrast this to Camp Pendleton, just a couple of hours drive away, which sits on some of the most prime beach real estate in the nation in between San Diego and Los Angeles.

I suppose if desert meth heads are your thing, you may get more mileage out of it.