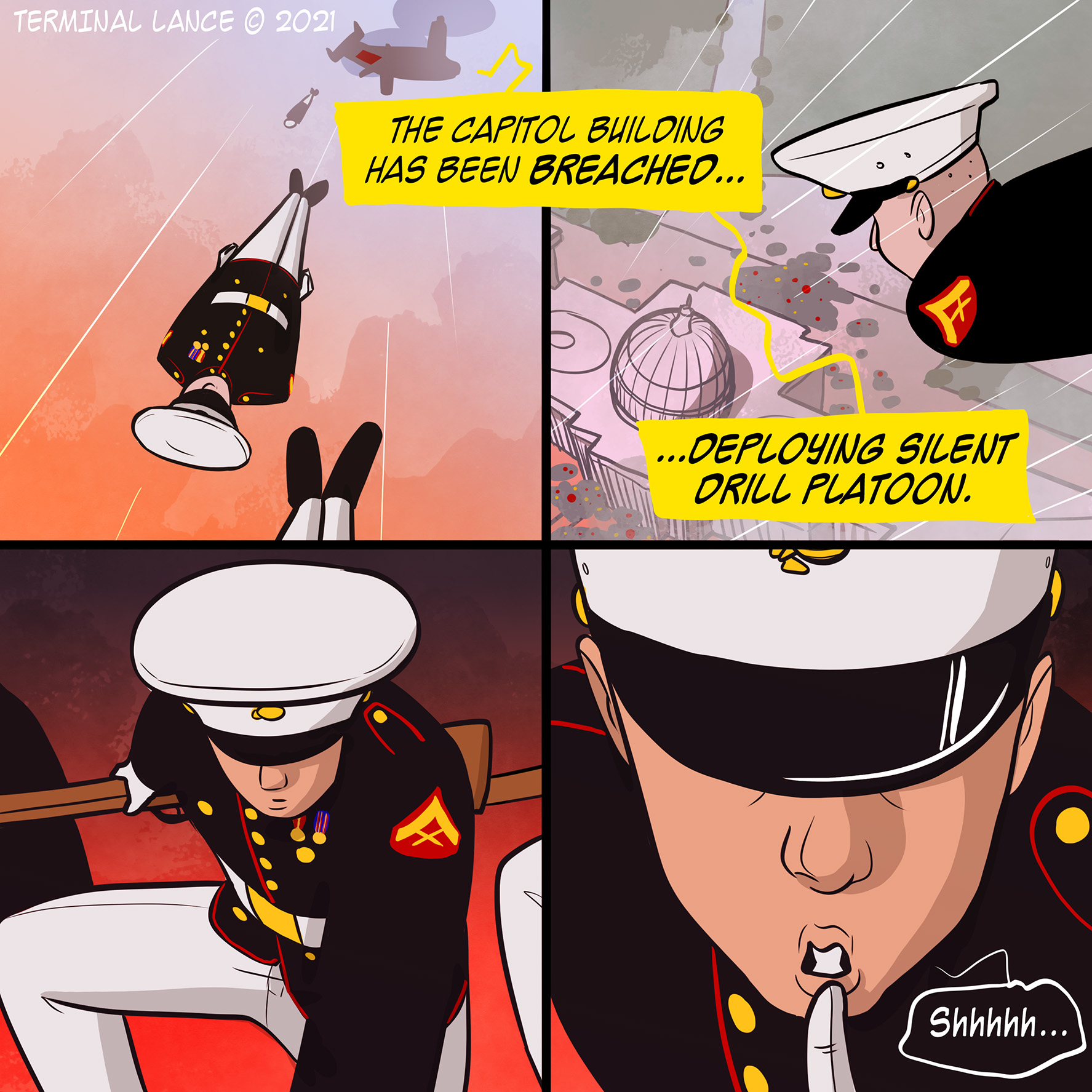 When Y’all Qaeda and Incel ISIS stormed the Capitol of the United States of America on January 6th, 2021, I kept hoping and praying that we would send in the best of the best… Silent, but deadly. America’s warriors of shadow and stealth…

Since 1775, the Silent Drill Platoon has practiced a sacred oath of silence, fighting hand-t0-hand with bayonets affixed, in synchronous, choreographed strikes against our nation’s enemies. When not on treacherous stealth missions as an elite special operations force, they do ceremonies at the Superbowl or whatever.

Pray you never hear the clacking of their gloves and rifles heading in your direction… For it will be the last thing you hear.

In all seriousness, January 6th was an absolute shit show led by complete morons fighting for a bunch of made up conspiracy theories and total bullshit. The next time you think its a good idea to partake in an insurrection against the United States of America, try taking a break from Breitbart for a few minutes, step outside your mom’s basement, and fuck yourself in the sun. On January 6th there were Confederate (and Trump) flags being marched into the Capitol of the United States of America. That is a sight I never want to see again.

Terminal Lance has always been apolitical and I enjoy keeping it that way, but we’re so far past the point of what it even means to be “political.” If you supported this egregious nonsense against my beautiful nation, I don’t want your business anyway.