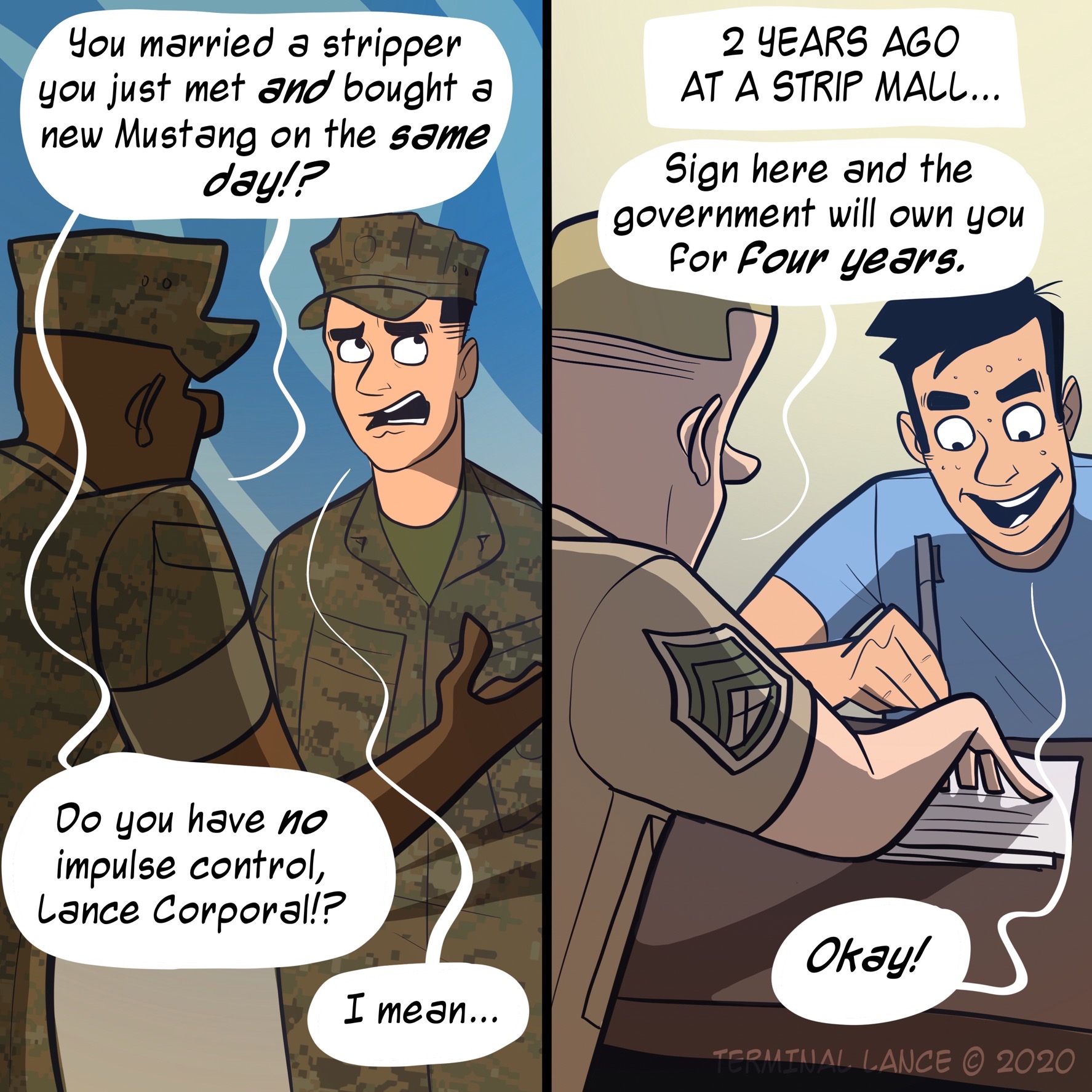 Marines are known for many things, but equally not known for their ability to control their impulses. After all, they wouldn’t make very effective fighting machines if they had some form of self control keeping them from charging into incoming enemy fire, so it should be no surprise that they’re absolutely terrible at basic life shit when it comes to making measured decisions.

A young Lance Corporal marrying someone they just met is a tale as old as 1775, and the Mustang has been a boot-favorite for as long as APR financing has been a thing. Marines are great at many things, but self-control is not one of them.

If it were, would they even be Marines?