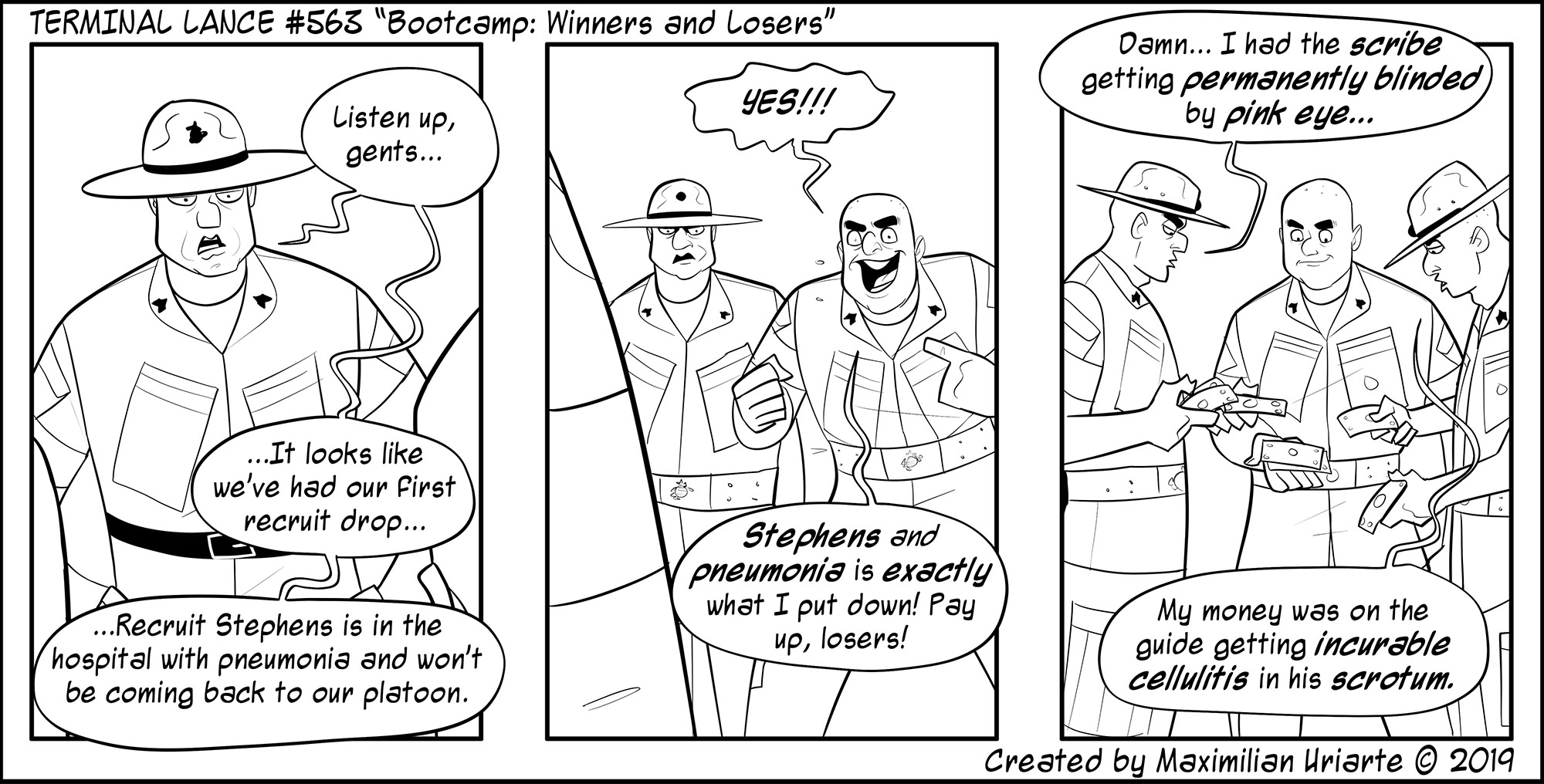 While it might seem cruel for a Drill Instructor to bet against his own recruits, I want to assure you it is only because they truly hate you and want you to fail. We make fun of Drill Instructors a lot around here–it’s hard not to, with their frog voices and often exaggerated character traits–but the life of a Drill Instructor is actually quite miserable in itself.

Herding a platoon of 60+, badly shaven and terribly odorous 18 year olds has to be among the worst jobs in America. I would call it similar to herding cats, except cats actually clean themselves and don’t spread pink eye and cellulitis to their owners (not discounting brain parasites). While the life of the recruit itself is certainly not something to admire in any context, imagine being the one responsible for keeping them in their constant state of misery. Sure it sucks to be woken up at 5am every morning by a sweaty, screaming rageaholic; but imagine waking up at 4:30 just so you can get dressed and go yell at these nasty bodies.

You are there day and night, from sunrise til sunset, the first and last thing they see… Like a kind of fucked up momma bird to a room full of plague rats.

Make no mistake, I admire them, but I do not envy the Drill Instructor.

It’s not their fault they’re so angry…