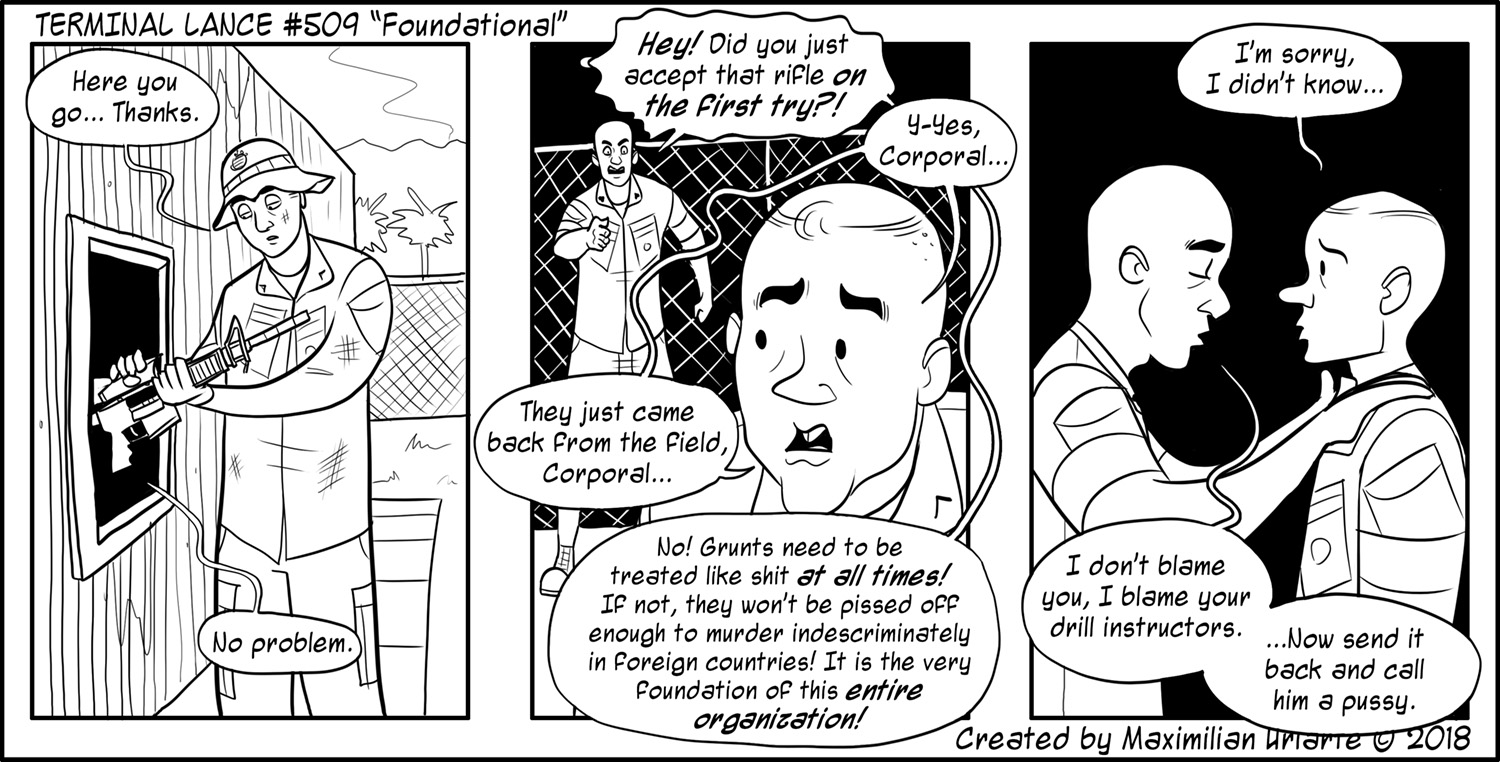 Being in the infantry sucks. It sucks so much, in fact, that one has to assume it’s intentional. When people refer to the Marine Corps and refer to “The Suck,” what they really mean is every day life in the infantry. The problem I have trying to discuss the suck of the infantry in relation to other MOS fields is that one always assumes we’re talking about combat. Naturally, but that’s really not the heart of the problem.

In a straight up POG environment, one is usually sent to a shop where they work with like 5 other Marines. They can’t treat each other like total garbage, because they have to work with each other every day and each one is doing the thing they are paid to do. In the infantry, you have like 50 dudes in a platoon, and you’re all treated like total shit on some level. The shit tends to roll downhill, so if you’re a boot, you’re treated like shit by your senior Lance Corporals. If you’re a senior Lance Corporal or NCO, you’re treated like shit by your Staff NCO’s. If you’re a Staff NCO at a platoon level, you better believe Gunny and First Sergeant treat you like shit.

The infantry is treated like shit. It is the foundations on which the Marine Corps rests. Any time someone reads my comics and says to me “I don’t really remember the Corps being that bad…”

…I immediately know they were a POG.