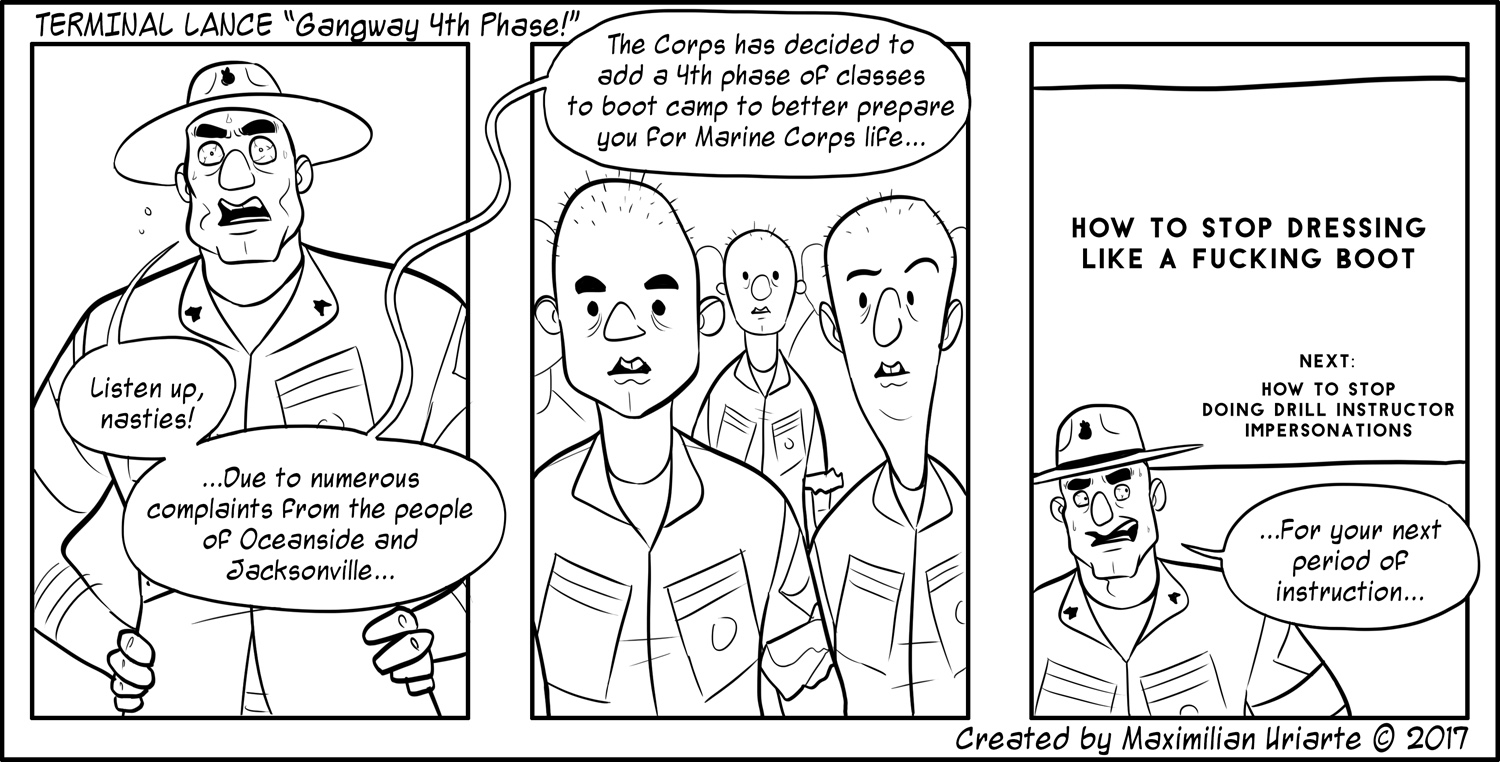 …Followed by “How to Not Wear a Backpack to the Mall.”

This is some obscure news that may or may not happen, but Task & Purpose reported the other day that the Corps is considering adding an extended ‘4th phase’ to boot camp’s “Marine Week,” to better prepare recruits for their next 4 years as a Marine.

This is great, because freshly minted Marines on their 10 day boot leave has been a scourging eye sore to civilians across the country for years now. It’s about time we address the serious problem of fucking boots doing boot shit like walking around in high and tights and dog tags and spending all their saved up boot camp money on EGA tattoos and engagement rings. It seems that I can only do so much here, as no matter how many times I make fun of them, they don’t seem to change.

I’m split on whether or not this will help much of anything, as boots will be boots no matter what, and it’s also really unclear what the actual objective is. I recall “Marine Week” in my final week of boot camp as a rather unofficial affair where we were allowed to start referring to ourselves in the first person and address the drill instructors by their rank alone. It served little purpose other than to stop fresh Marines from going home and being unable to talk like a human to their own families, I guess.

It seems a little redundant to me simply because, straight from boot camp, you don’t go to the fleet. You go to your MOS school, where you’re treated like a dirty boot student, which really isn’t much better than being a recruit anyway.

On a side note, I was a guest on the We Are The Mighty podcast talking about the Terminal Lance Ultimate Omnibus and other rad stuff, and you should check it out here!