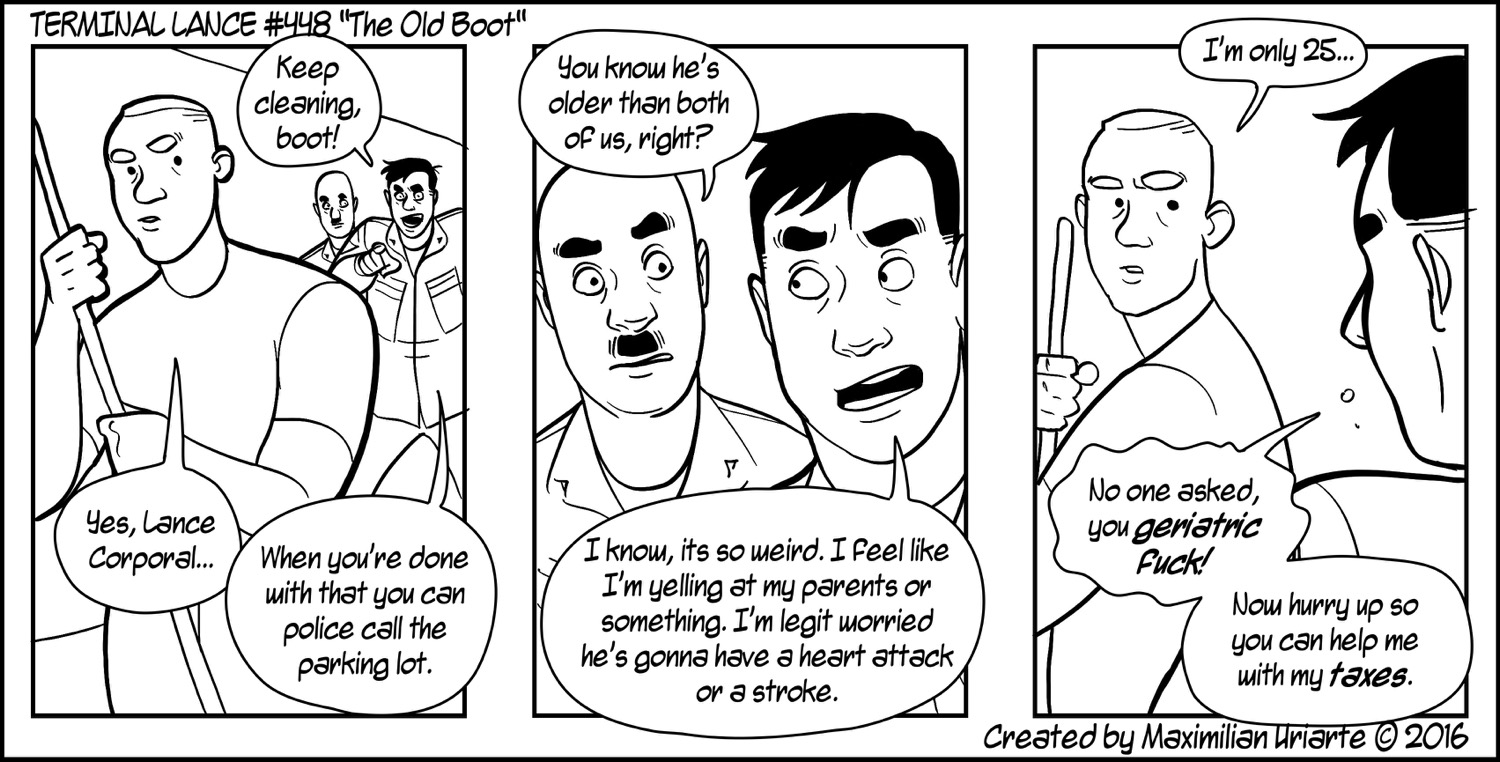 Age is a strange thing in the Marine Corps.

I can’t think of many jobs outside of lottery winner that allow you to retire at the age of 38 with a full pension, but the military is a weird place.

On the enlisted side, most people tend to enter the military at the freshly legal age of 18, right out of high school. This leads to a weird skewing of the perception of age within the ranks, where anyone over the age of 22 is considered essentially an old fuck.

Occasionally, you’ll encounter the few and far between that enlist a little later in life, in their mid-twenties, but the feel so old. It’s disgusting.

Okay not really, but I always wonder what it’s like to be an older guy getting yelled at by some 20 year old that can’t even buy alcohol yet. It makes no sense, but many things in the Corps don’t. At least it’s probably not as bad as being the guy that enlists (as opposed to going the officer route) after getting your bachelor’s degree.

On a random note, if this comic’s artwork looks a little funky it’s because I did it at a cafe on my iPad. Still trying to get the hang of the brushes and such in Procreate, still definitely not on the same level as my fluency in Photoshop. I find I definitely get smoother lines out of Photoshop, but I’m not sure if that’s cause of the program or just the size of the display (iPad is smaller than my Cintiq).