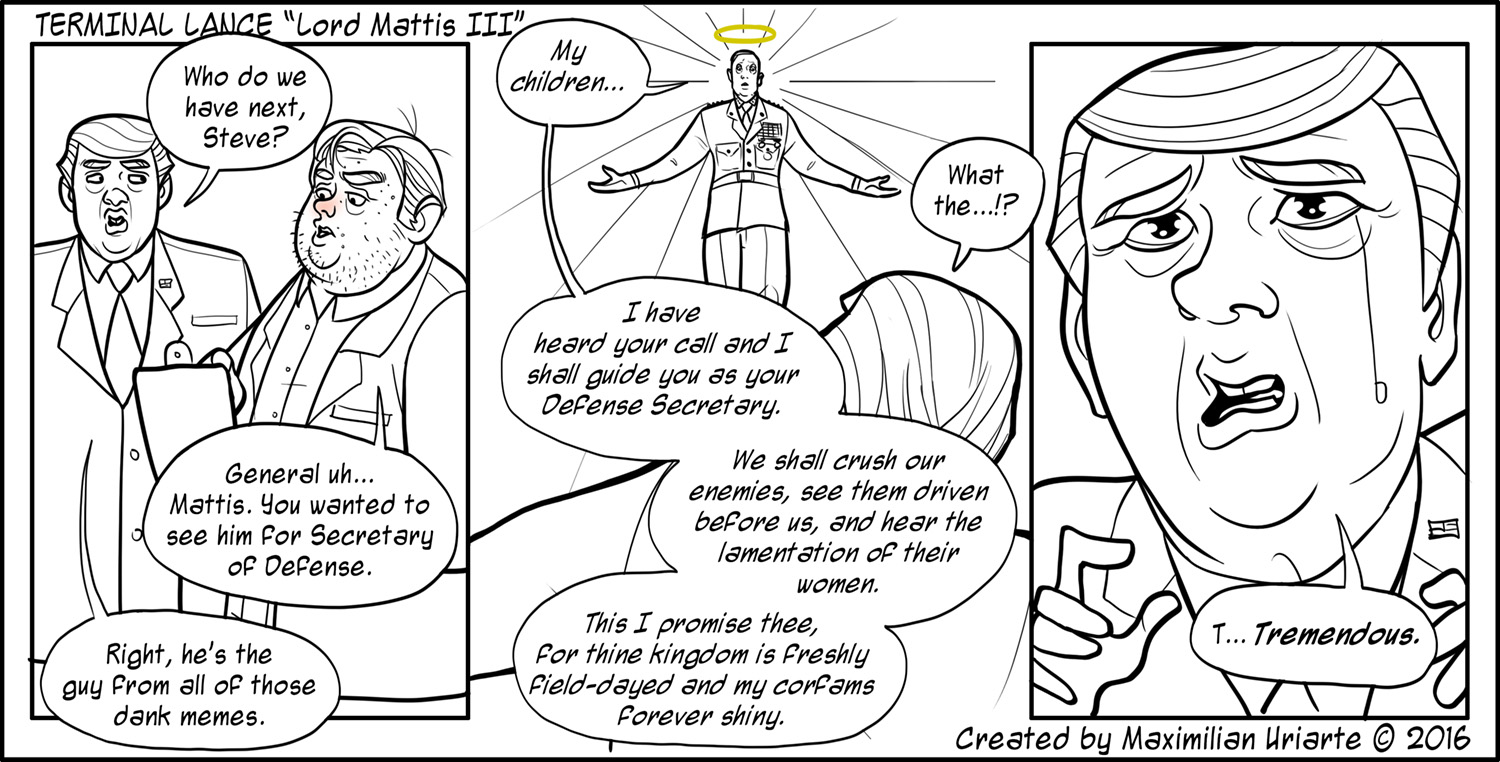 Regardless of how you feel about Trump, General Mattis is as good as they get. Additionally, this would make the Marine Corps very well represented in Washington, with the Chairman of the Joint Chiefs of Staff being former Commandant Marine General Dunford The world outside of the military community is just now learning who General Mattis is, despite his legendary status amongst the ranks. If you’re reading this and still trying to figure him out, just know that he’s legit as fuck. He is one of the genuinely most intelligent, well-respected men in the history of the armed forces for being pragmatic, firm and real.

Plus, I’ve gotten a couple of photos with him over the years, and he reads Terminal Lance. In other news, if you want to win a FREE laptop, the fine folk over at Dell Camp Lejeune have teamed up with Terminal Lance to put on a CONTEST! Here are the official rules: