This weekend I had the pleasure of visiting not only Washington D.C. for the first time, but the Marine barracks at 8th & I as well. It was kind of a surprise visit, I didn’t even know we were in the neighborhood until it was pointed out to me what street we were on, but the Marines there were gracious enough to invite us in and show us around a bit.

Before anyone in charge at 8th & I gets their panties in a bunch, I’m just gonna mention that none of the Marines secretly asked me to take them with me.

This is a cartoon.

In my head (which is a scary place) I just imagine it’s nerve wracking to be around the Commandant all day, every day. Being a regular Lance Corporal in a line platoon out in the fleet, you spend about 90% of your day avoiding higher-ups, and they’re not even literally in charge of the entire Marine Corps.

I did actually ask if I could meet the Commandant, since he was on deck, but they wouldn’t let me knock on his door. Understandably it was a surprise visit and I didn’t really expect much, I was just happy to even be able to get a tour by the adorable Lance Corporal Garrison. Getting stationed at 8th & I was his destiny. 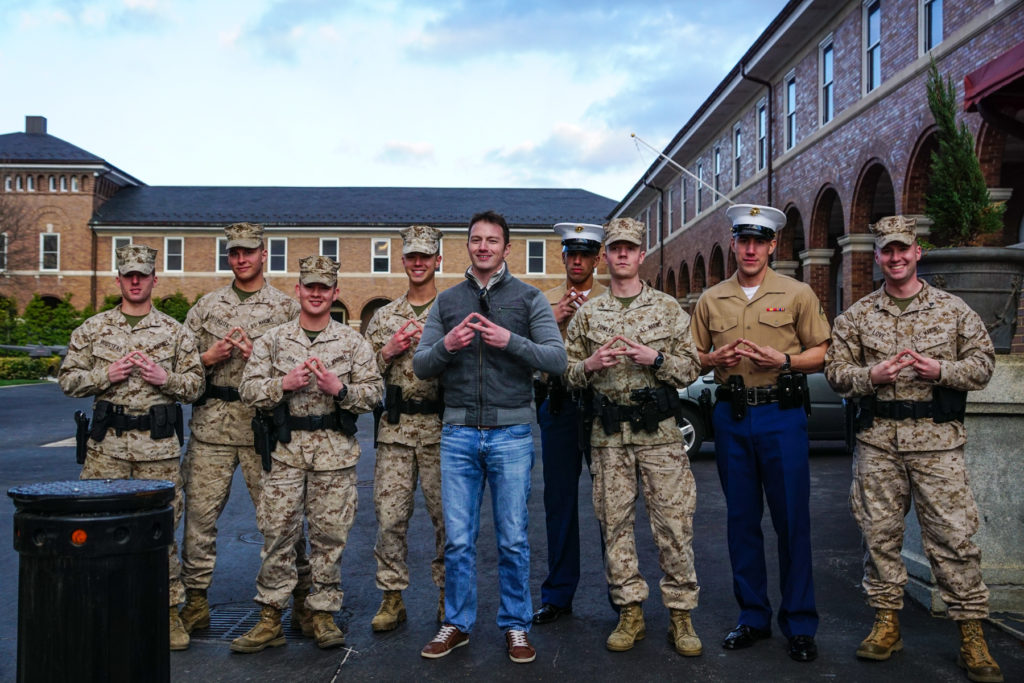 For those of you wondering where I’ve been the last few days, I was fortunate enough to be part of the Student Veterans of America’s first student vet art competition! They asked me to be an official judge and flew me out to D.C. for the weekend so that I could attend the gallery opening. I have to give the biggest shout out in the world to the SVA for not only their incredible hospitality toward me, but all of the veterans that came out to the gallery show as well

I also just want to say congratulations to the competition winner Jonathan Gherkin for his amazing work.

It was really awesome being able to meet so many veterans and active duty Marines (and other service members) over the weekend and I had a ton of fun talking to all of you–even though I was severely jet lagged for the whole weekend.

On Friday I actually got the chance to meet the Marine Corps Times for the first time–even though I’ve been working with them for the last 4 years or so. While I was there, they filmed a brief interview with me that you can check out here. Myself and the Military Times newsroom.

It was a pretty crazy and awesome weekend and I’m happy I got the chance to check out D.C. and 8th & I. If I had more time I might have tried to visit more places, but my trip was pretty short and I needed to get home to finish this monster of a book. Comic updates might slow down a bit over the next month or so while I try to focus on the primary task at hand, but I assure you that I am still alive and things are moving.