Like some kind of motivated werewolf of sorts, there’s a transformation that occurs when someone pins on Staff Sergeant. No one is sure why, but it’s believed that the “rocker” at the bottom of their new rank has some kind of supernatural effect on their body… and their soul.

The totally chill Sergeant you used to love talking to now only speaks in strange Marine Corps idioms that you were pretty sure he used to hate. He doesn’t talk to you anymore–he talks at you–sometimes with a sharpened knife-hand to your nose. His hair is strangely higher and tighter than it used to be.

This is the Staff NCO, and there is no stopping the transformation. Once you pin that rocker on, you officially belong to the Marine Corps. I mean, sure, you could get out… but you’ve already done 8 years, you may as well just do the next 12, right?

You are no longer the guy against the system, you are the green weenie. 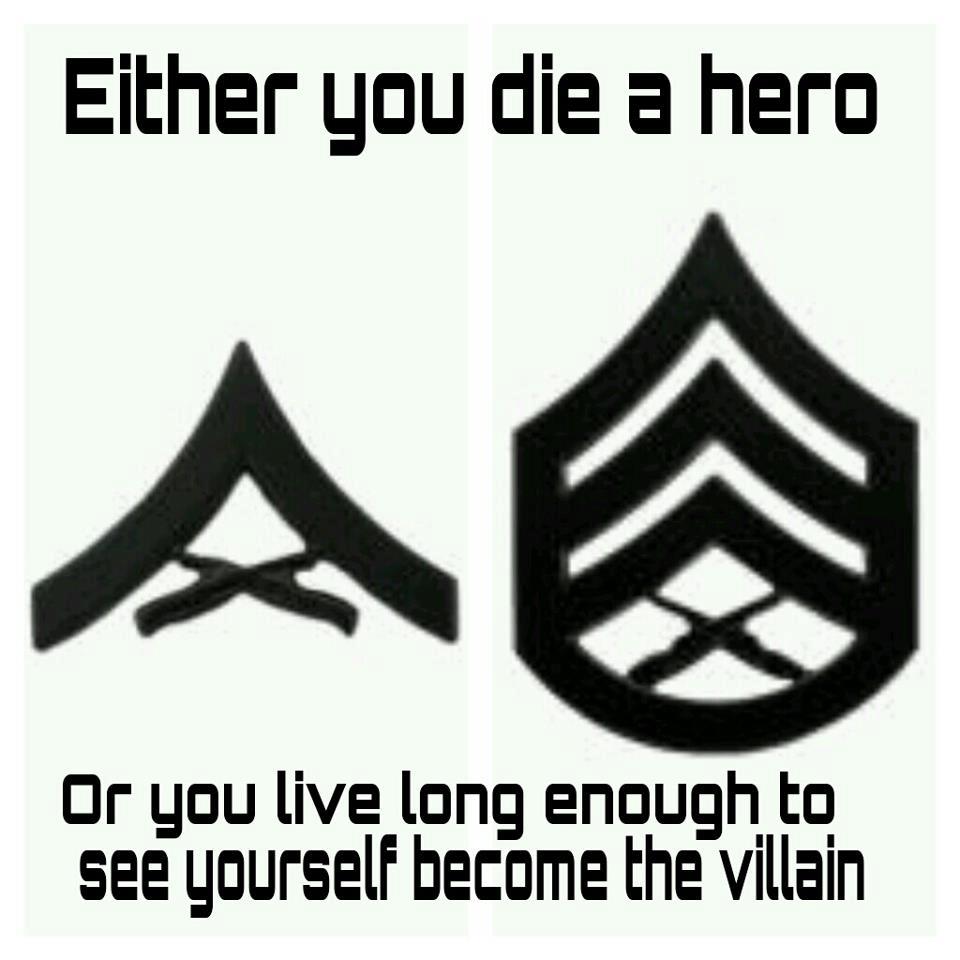 All jokes aside, I actually did overhear a conversation between a recently pinned Staff Sergeant and some other Staff NCO’s. The new Staff NCO jovially told them, “I heard the rocker cuts off the circulation to the brain.” It was a joke, but he actually ended up getting out shortly after that. He was one of those guys that kept it so real that being a Staff NCO just wasn’t for him. I have met and still know many Staff NCO’s that are awesome guys as well. It’s amazing how the tides shift when you’re on the other side of the coin.

Let’s be realistic here: Staff NCO’s might seem like total douchebags, but Lance Corporals can be a huge pain in the ass as well. Coming back from a relaxing weekend to find out 3 of your Marines got DUI’s and 4 of them are now married to a stripper they just met will give anyone a headache.

On a side note, I’m still trying to track down the faulty ad that redirects. If you get redirected to the app store or some bullshit, please let me know and let me know all of the info you can so I can deal with. This is an issue with the ad networks, not with Terminal Lance.