I’ve said it before, but Halloween has always been one of my favorite holidays. This probably has to do with the fact that my birthday is also in October, but I love the festivities of Halloween more than most holidays. Instead of awkward gatherings with family, you dress up as whatever the fuck you want and do fun shit all night.

As far as terrifying costumes go, can you imagine anything more terrifying than a pissed off Gunny?

I had a bunch of ideas going through my head as to what I wanted to dress up Abe as, but had a lot of trouble deciding on anything. My first thought was actually to make him a pack of “Charms,” since that would undoubtedly be terrifying for a Marine–but then I remembered that Charms haven’t actually been in MRE’s for many years and that it was a somewhat outdated reference. In any case, I always love seeing Marines get into stupid things like this. Despite popular belief (by civilians and even many Marines), Marines are actually people too, and can often engage in activities that don’t directly relate to looking like a badass all the time. 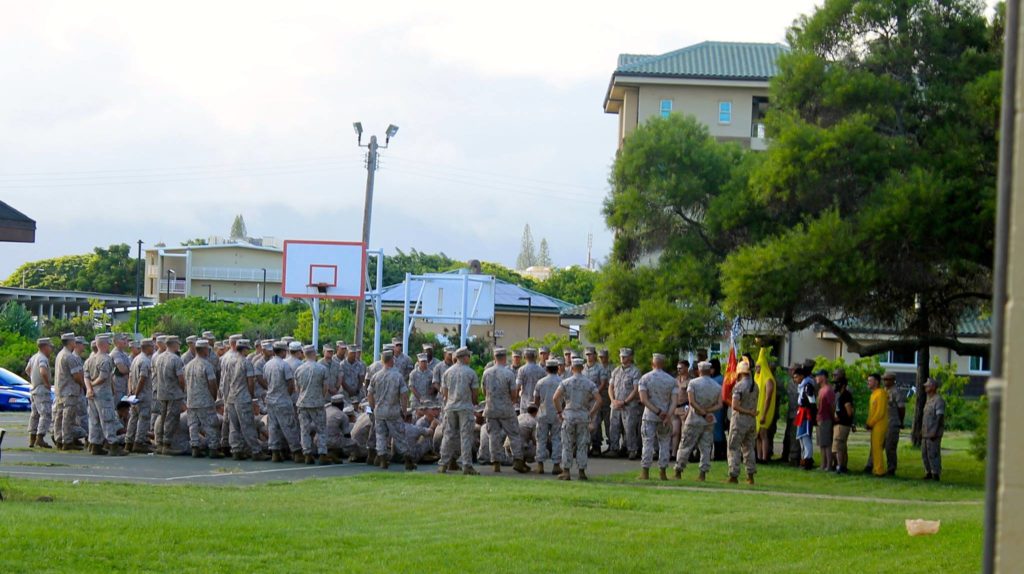 3/3 India getting into the spirit!

For your weekend liberty brief:

Otherwise, have a Happy Halloween!