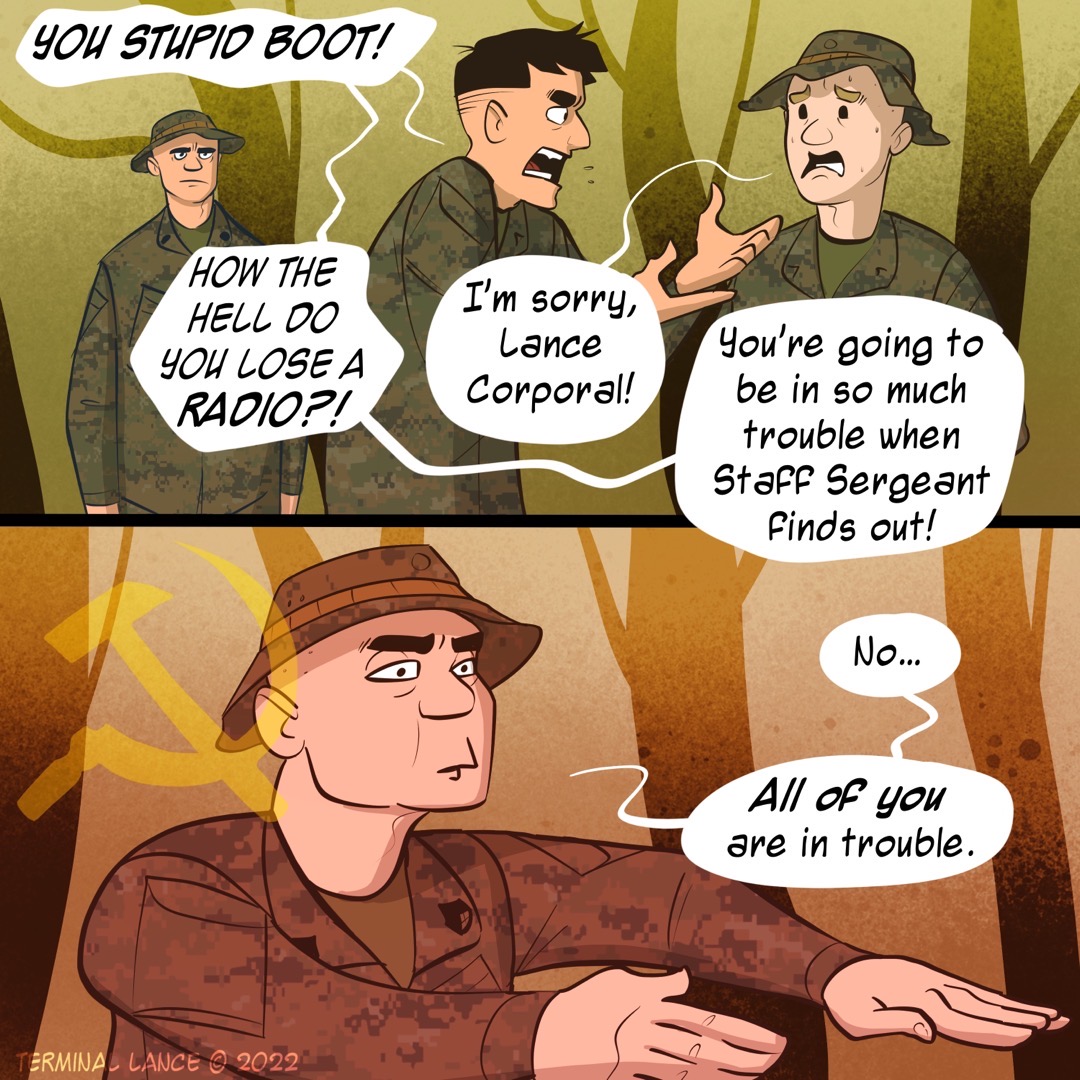 In the Marine Corps, you live, eat, sleep and operate as a team. Often times, this means getting punished as a team as well. To the detriment of, well, everyone, group-punishment is a very common (and explicitly taught) leadership tactic in the Marine Corps. The idea is that if you make everyone pissed off, they’ll “encourage” their team mate do better and reduce their fuck-up ratio.

Whether this works or not is a whole other story, but that’s the idea at least.

Unfortunately for, well, everyone, it means that you’re going to end up doing some stupid shit for something you probably didn’t even know happened. My entire platoon once got liberty cancelled on a weekend because one Marine got a DUI out in town. I had no idea this had happened. I was at home. It had nothing to do with me. He wasn’t even in my team or section.

But we all paid for it.