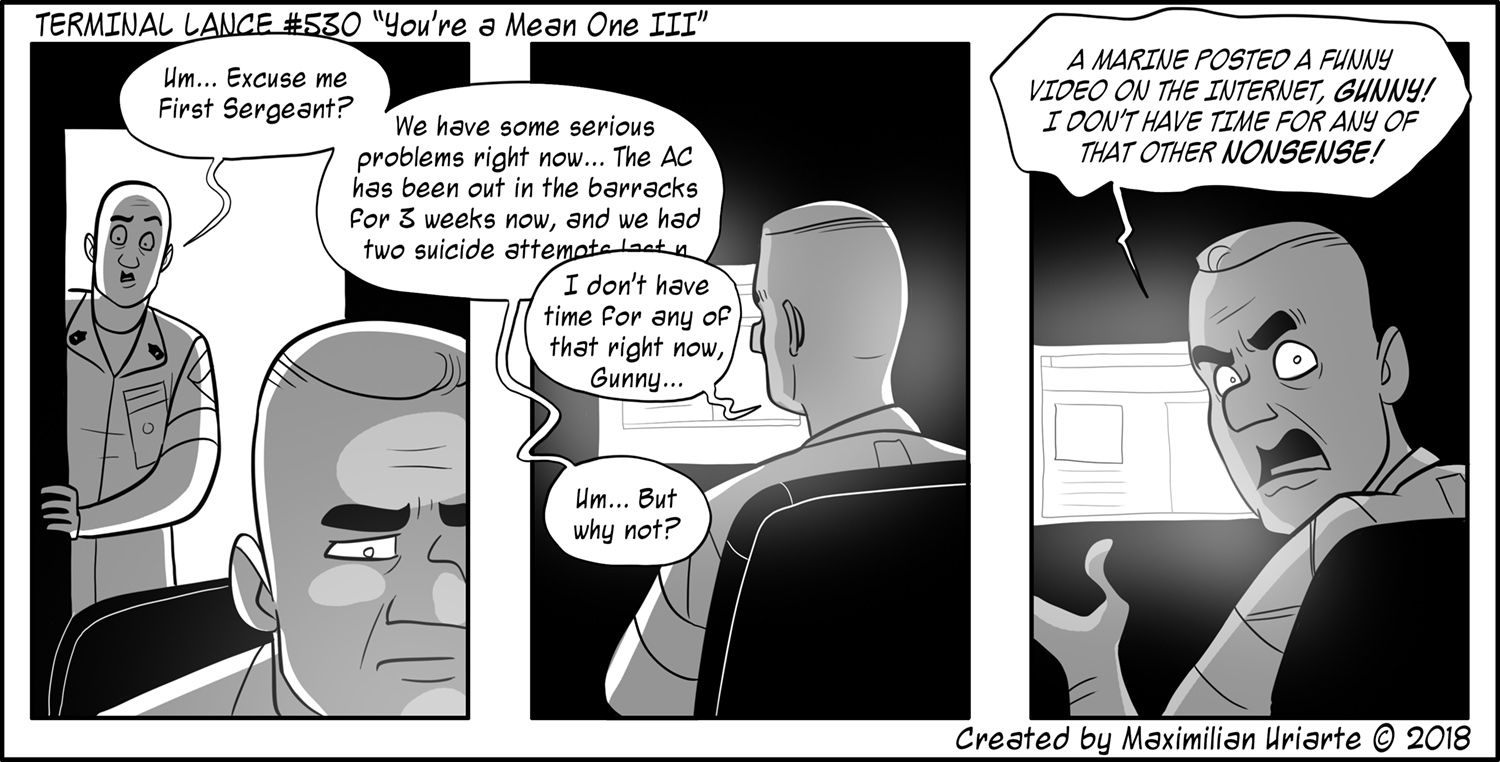 What I find most despicable about this is the idea that some scared 19 year olds need to reach out to me instead of just the Staff NCO threatening to ruin their careers. I find myself to be quite a reasonable guy. If some SgtMaj of some battalion sent me an email saying something like:

Hey dude, I know this is stupid but I have douchebags breathing down my neck about (VIDEO), can you please take it down? My Marines are idiots. Thanks. With love, SGTMAJ Schmuckatelli

I’d more than likely not give two fucks about taking down some video with this kind of candor and honesty. Instead, I get something like this: 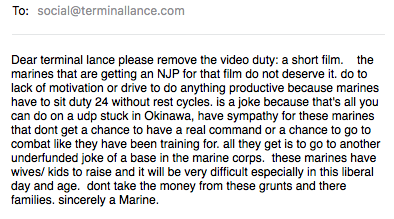 Because I am so disgusted at the fact that some poor LCPL’s have to plead with me, terrified, in poorly worded emails, now the entire Marine Corps has to see how fucking dumb this is. As the modern social landscape shifts and changes, I would give the Marine Corps credit for generally doing a good job of adapting and overcoming the new challenges brought with it. However, one area that they’re still trying to wrap their heads around is social media.

A few months ago we saw this all come to a head and blow up with the nude photo scandal that rocked the Corps and reverberated across the nation. As a reaction, the Marine Corps implemented new guidelines and orders that pertained specifically to social media. This was a pretty necessary step in the right direction in order to maintain military discipline and order, which is completely understandable. The problem is that lately there’s been a fairly knee-jerk reaction to crack down on literally anything being posted on social media regardless of whether or not it’s morally abject or insubordinate.

As an example, the other day I posted a photo of a Marine stuffed into a main pack. It was pretty funny and harmless, and judging by the smile on his face, was not forced. Everyone had a good laugh about it except for the “commander,” who sent a bunch of panicked Lance Corporals and NCO’s my way to demand that I take it down and tell them who sent the photo so they could be punished.

For the record, Terminal Lance doesn’t snitch on Marines. Don’t ask me to. I’m not in the business of the great Green Weenie or the mighty Blue Falcon, and unless someone is breaking the law or causing harm to others, I have no reason to give away that information to aid in fucking over another Marine. Sorry, just not what I do.

Terminal Lance does not snitch, go fuck yourself. pic.twitter.com/4FTZgdmyTs

(Generally, if a person in a posted photo asks me to take it down, I always do it out of respect for their request and personal safety.)

This backfired, as the photo ended up on Reddit’s Photoshop Battles and got exposed to a lot more people than it otherwise would have.

In any case, none of this has stopped us from posting hilarious original content on our own social media channels. Click the buttons below to find us!