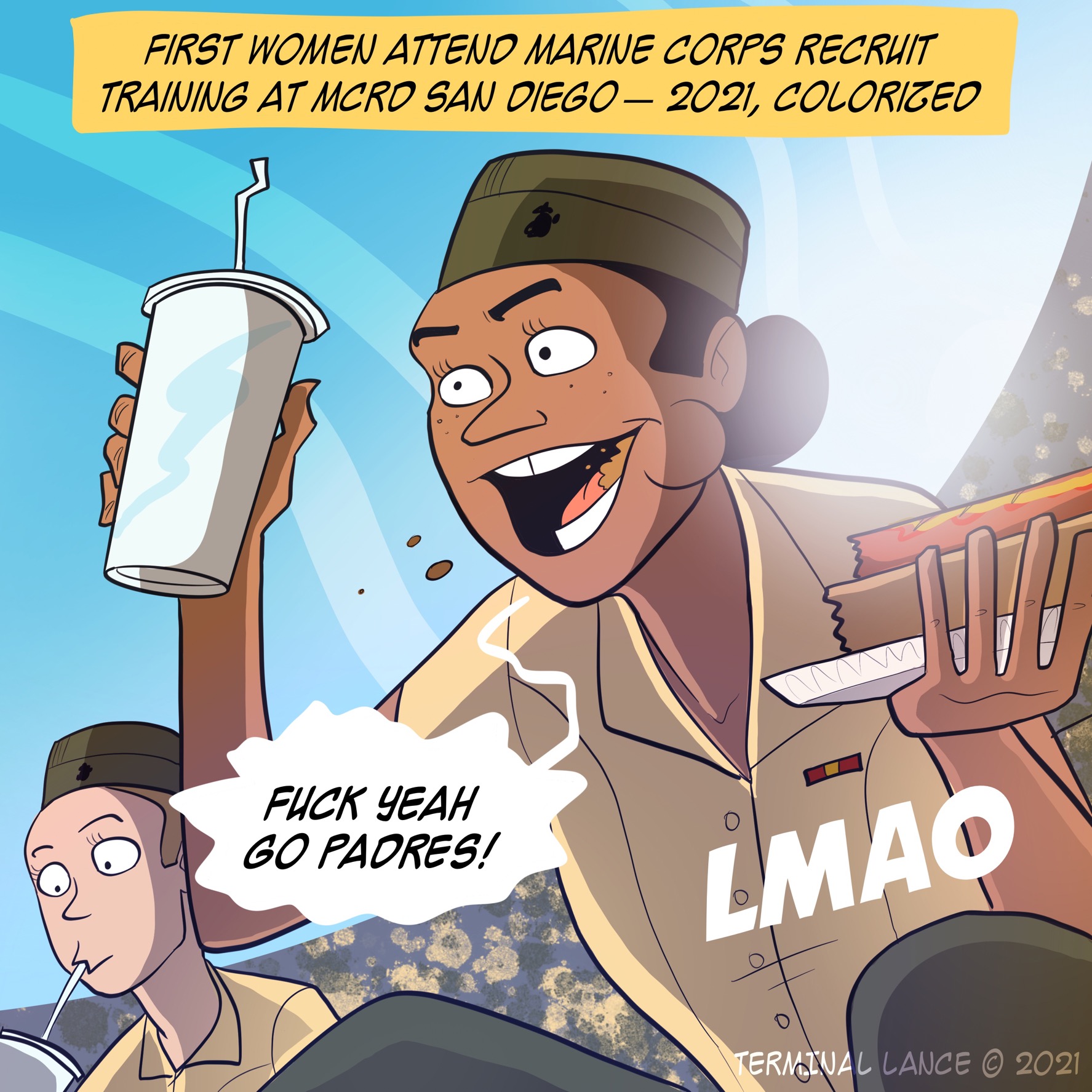 Terminal Lance “History in the Making”

For the first time in history, women have begun training as Marines at the Marine Corps Recruit Depot in San Diego, marking a historic first for “Hollywood Marines.” [Marines trained in San Diego are colloquially known as Hollywood Marines, despite the fact that Hollywood is absolutely nowhere near San Diego.]

This is of course a complete non-issue for most sane people, but it hasn’t stopped the vocal minority of Angry Facebook Veterans from espousing their displeasure at the idea that… Women are being trained in a new location? This doesn’t make any logical sense, since women have been in the Marine Corps since Opha May Johnson in 1918. The idea that there’s some sacred tradition of not training women in San Diego is the most neckbeard incel shit I’ve ever heard.

Some people still don’t believe that recruits go to the Padres game at MCRD San Diego, but I am here to tell you that they in fact do. I went to the game myself when I was a recruit, and I stuffed my fat fucking face with all of the junk food I could buy. Women will now be graced with this blessed excursion from the Depot, if only for a couple of hours.