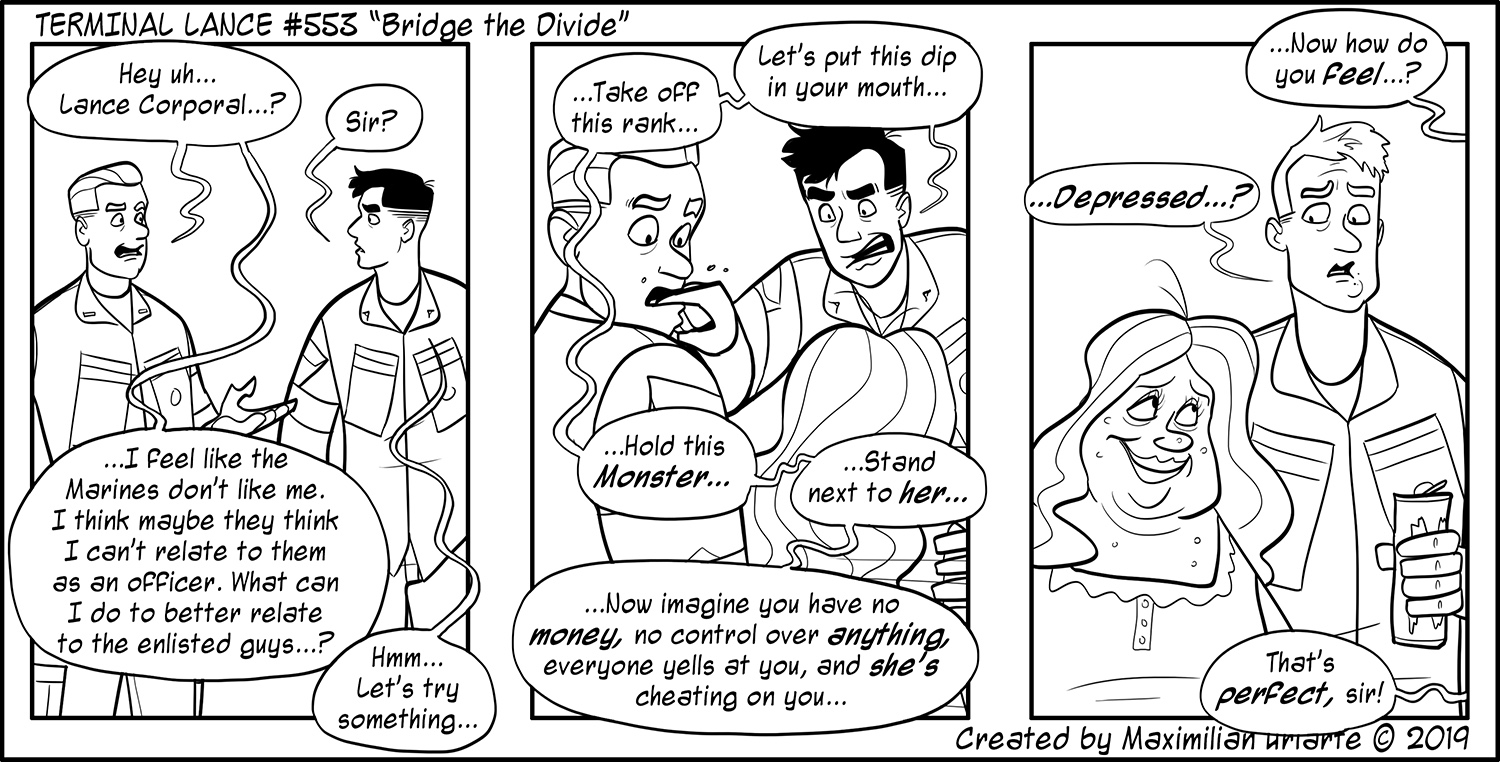 There’s no greater tool to understand another culture than empathy. As we’ve explored before, life as an officer in the military is very different than life as an enlisted member. The military is one of the few professions on earth where a 4 year bachelor’s degree immediately qualifies you for irreproachable god-status within the organization. You get much better pay, housing, O-Club access, general wellbeing and treatment, and more attractive women by becoming an Officer of Marines over the lowly enlisted.

Marine Corps uniforms are full of great history and symbolism. The shiny ranks of the officer represent a beacon of light that may guide us in our darkest of hours. The blackened rank worn on the enlisted collar is to represent the dirty, unkempt underclass that lives in the shadow of the glorious Commissioned Officer.

Of course, none of this is true, but we could all benefit from trying to understand each other better every once in a while. 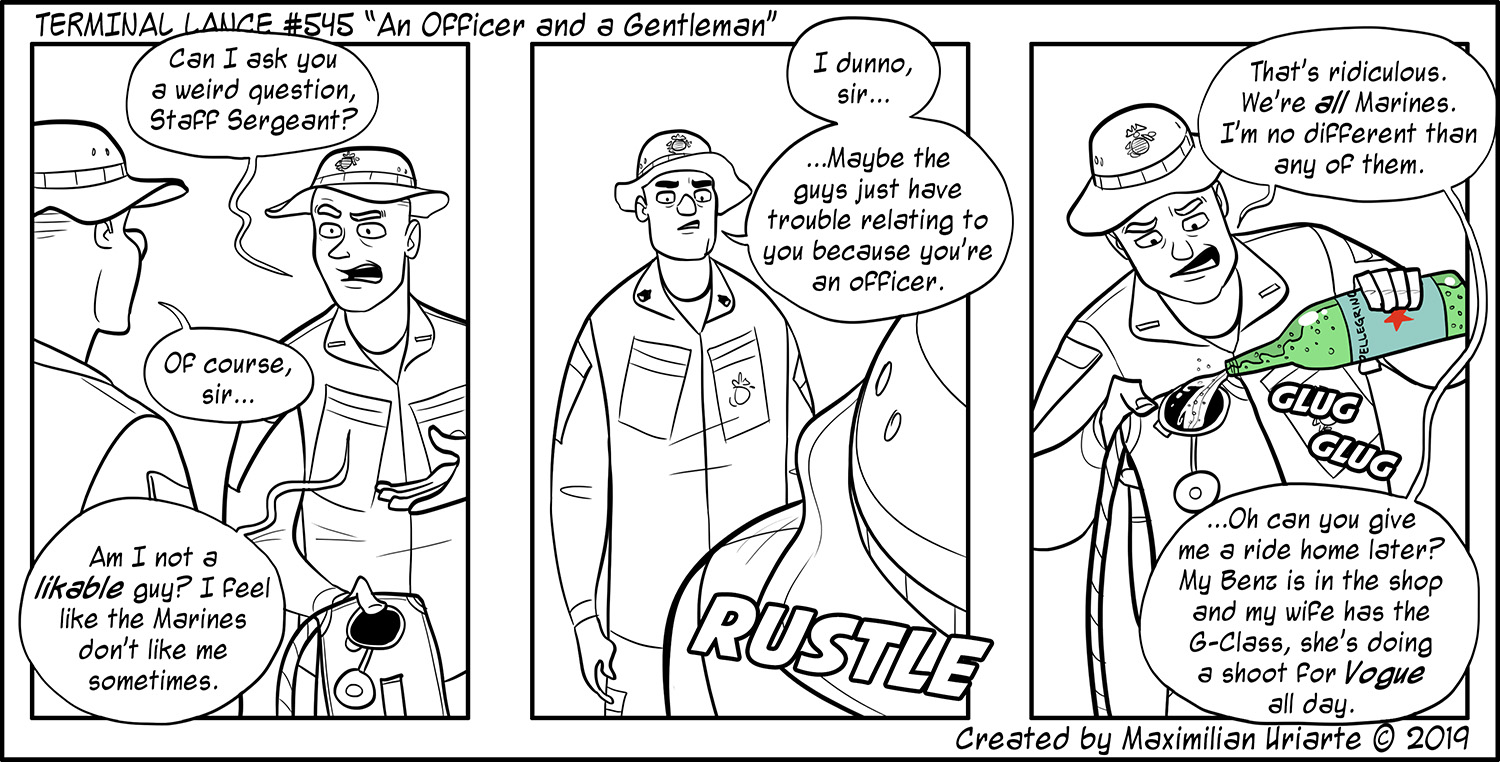 Yesterday saw the official graduation of the first ever female Marine Corps Infantry Officer from Infantry Officer Course, and I have a feeling she will immediately regret it when she realizes that her job is akin to herding 45 hyper-masculine, sexually frustrated cats. There’s always a lot of noise around these sorts of events, but I can’t help but wonder if the glory of making history fades slow or fast when the reality sets in that the infantry is actually quite miserable.

Sure, it’s an accomplishment, but so is punching yourself in the face 100 times and would probably be less damaging to your body in the long run than being in the Marine Corps infantry.

Years back, the stereotype of the infantryman was one of the idiot. The term “grunt” being used affectionately, but also derogatorily as someone who couldn’t score high enough marks to do some POG job. The old requirement for being infantry was simply being able to do 3 pull-ups and being able to point a rifle in the correct direction. This changed almost immediately as soon as women were up on the chopping block for combat roles, adding a few more hurdles into the qualifications in an effort to weed out the “weak.”

This is bullshit, of course, since these steeper requirements didn’t exist prior to last year. As a grunt myself, I can tell you that most of the guys I served with in Iraq would not have been able to fireman carry me in full gear to save my life, were it necessary. Suddenly, being infantry has become the most prestigious of titles, reserved only for the most fit and amazing of Marines.

With that said, I’ve always been partial to the infantry on this site, so I don’t mind the newfound reverence. There are still many out there decrying the entrance of women into the infantry as part of a long debate spanning a few years now.

For my part, I think we’re well past the point of debate, so long as the rifles stay pointed in the correct direction.