I’ll admit, I stole this joke from my old CBRN officer, but in reality it’s hardly a joke at all.

The new Cold War just got a lot hotter over the long weekend, as people stumbled back into work today to find that North Korea has been cooking up quite a shit storm by successfully testing a hydrogen bomb. Needless to say, I’m sure a lot of active duty and IRR Marines have been tossing and turning at night wondering if this thing is about to kick off.

I’ll admit, it’s refreshing to have someone outside of the middle east for once trying to kill us. However, engaging in a modern war with nuclear options on the table isn’t something that rests easy on anyone’s shoulders, and we should all be hopeful that the rhetoric dies down sooner than later.

Regardless, I’m sure a lot of Marines are counting the days left on their contracts with a sweat on their brow.

If you have any other questions about the technique illustrated in this comic, just form a school circle around the duck and he’ll explain in further detail. 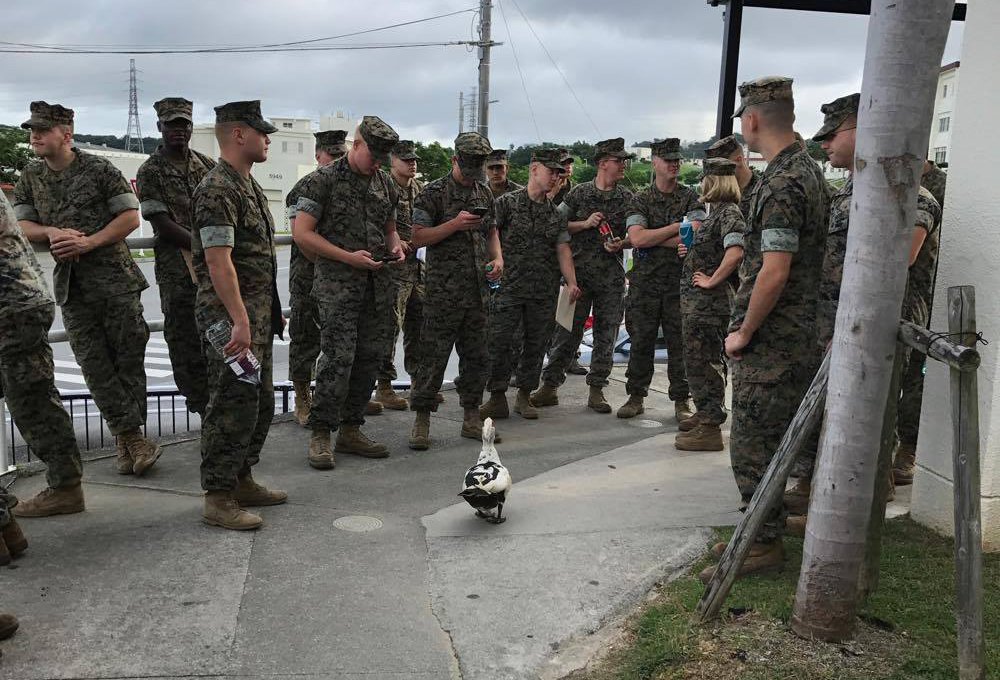