Too spooky for me.

Is it weird that as I get older I become more and more sympathetic to the plight of the Staff Sergeant? Of course, Terminal Lance will always center around the beautiful species known as the Lance Corporal of Marines, but the few guys I know from my unit that stayed in are now Staff NCO’s themselves. I see them from a distance, aging unnaturally and silently cursing the events that have led them to these moments.

Okay, not really, but still.

If you couldn’t tell, I’m still hung up on the new Mario game. I thought about starting an official Terminal Lance Mario Kart tournament, but well…

Thought about setting up a Mario Kart tournament between TL and other military brands, but none would stand a chance. 🤷🏻‍♂️ 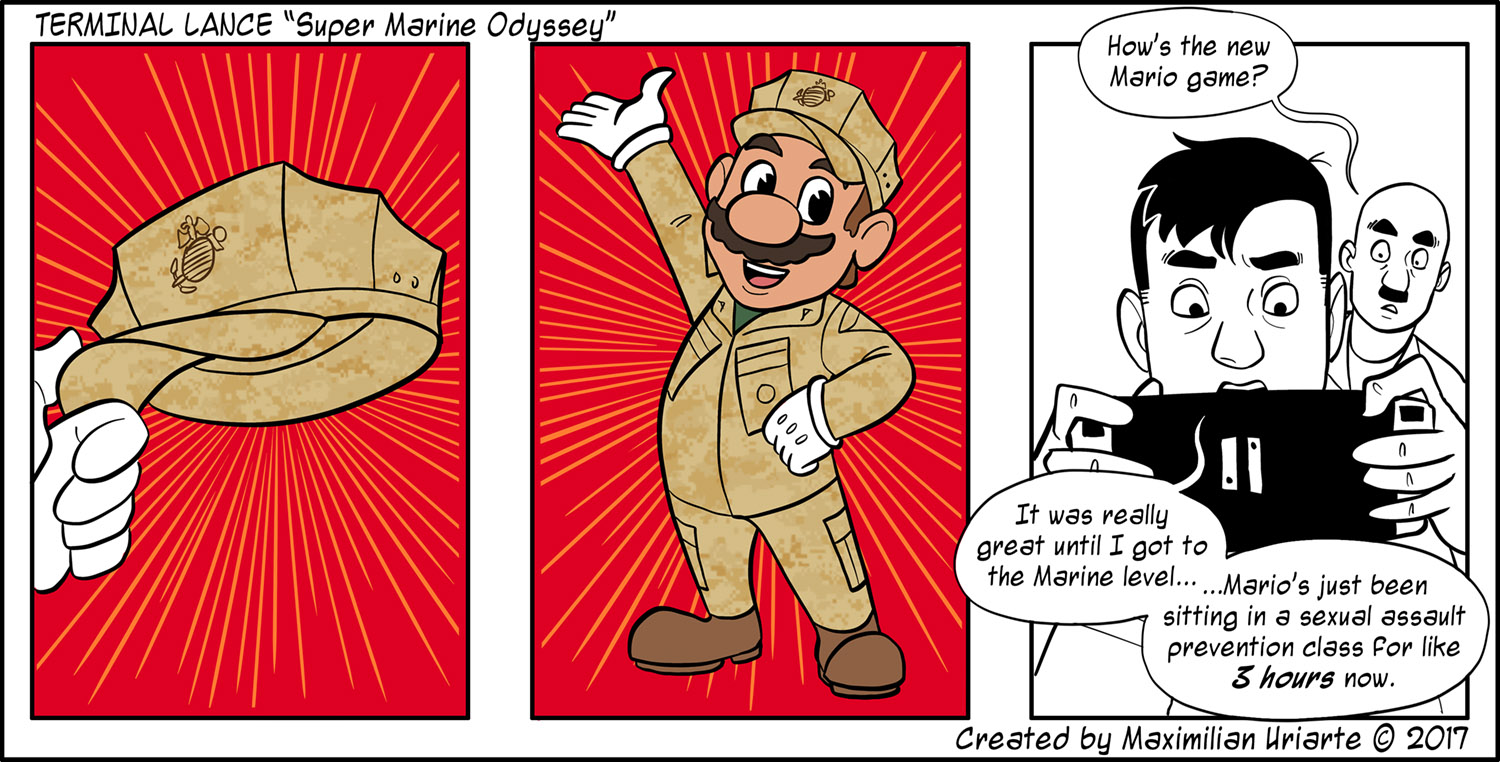 I think Mario might have bitten off more than he could chew here.

Instead of an underwater level, he’s gotta do the Helo dunker in the base swimming pool. Instead of saving Princess Peach from Bowser, he’s gonna be saving her from a room full of thirsty Marines in the barracks. Instead of collecting moons and coins, he’ll be collecting cigarette butts off of my fucking deck.

In case you couldn’t tell, I’m a huge nerd and I love video games. I’m honestly way too excited about the new Super Mario Odyssey coming out today for Nintendo Switch, since I’ve been playing Mario avidly since I was old enough to hold an NES controller. I’ve got some other very big news coming soon, but in the meantime, I’m just gonna leave you with this…