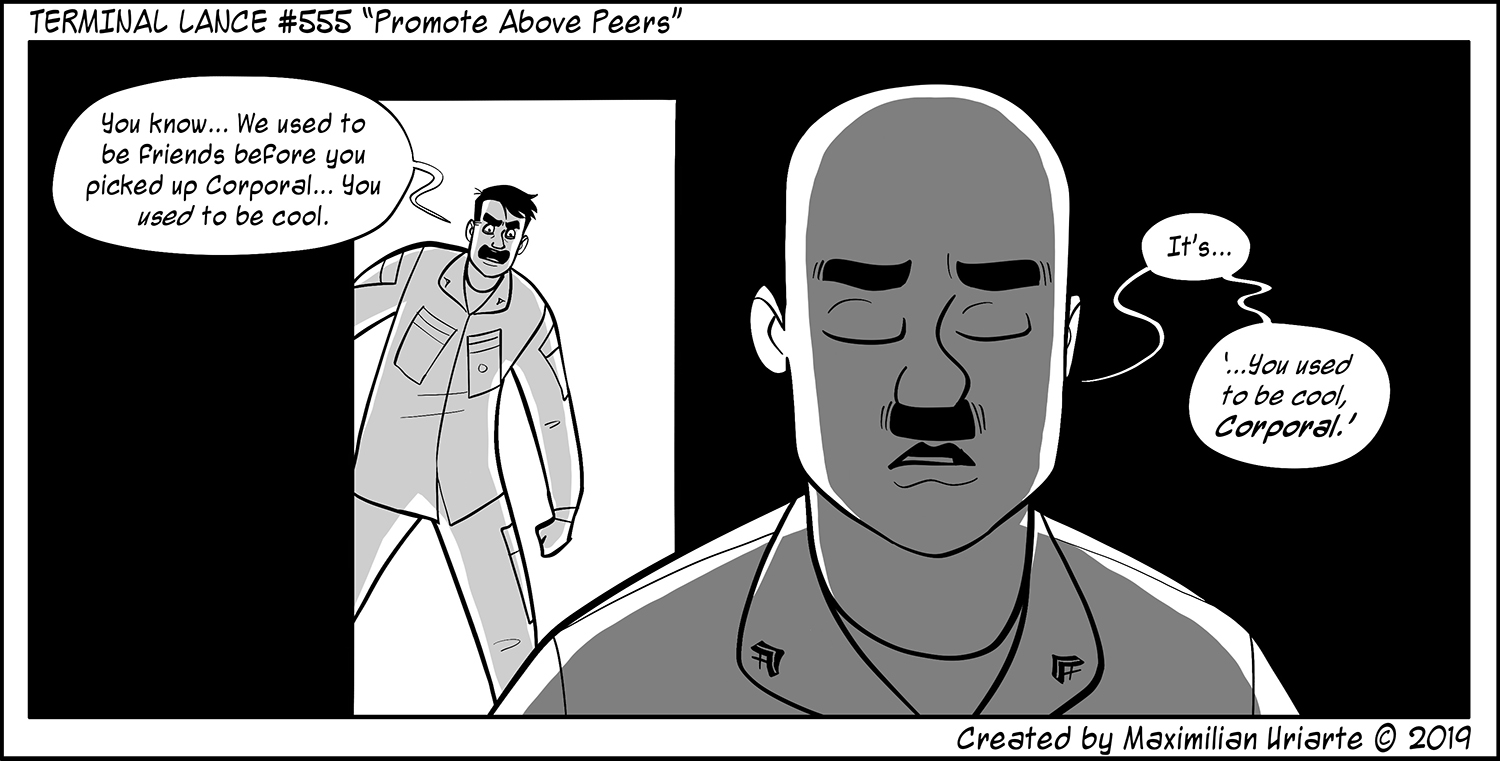 Now they finally get to understand the prestige of being a grunt in the United States Marine Corps. They’ll get to do such intense physical activities as standing by in their rooms or cleaning weapons at the armory for 7 hours for no particular reason. They’ll spend a bunch of time standing around waiting for formations because First Sergeant and the CO are always late. They’ll completely stop giving a fuck about their careers after a couple of years and do the bare minimum to pass PFT’s and ranges because they just don’t care anymore and their cutting score is fucked anyway.

Welcome to being a grunt.

It’s been a long and controversial journey, one that I don’t think is ultimately going to really change much of anything in the long run, despite keyboard scholars proclaiming otherwise. I was in the Marine Corps infantry myself, and I can tell you that it isn’t spec-ops. Not every grunt can fireman carry another 250 lb Marine in full gear. I had a Marine in my platoon that weighed 120 lbs soaking wet, and there’s no way he could have carried me or anyone else out of a danger zone.

However, there’s ten-thousand other things this Marine could have done in that situation, such as operate a radio or a machine-gun. So don’t worry, the gruntpocalypse isn’t happening quite yet, I’m sure.

We’ll see if these changes stick with the incoming administration, and I wouldn’t be surprised if they don’t. But who knows! If you’re with 1/8 and you have some insight on this story, please shoot me an email off the record and let me know how it’s going.