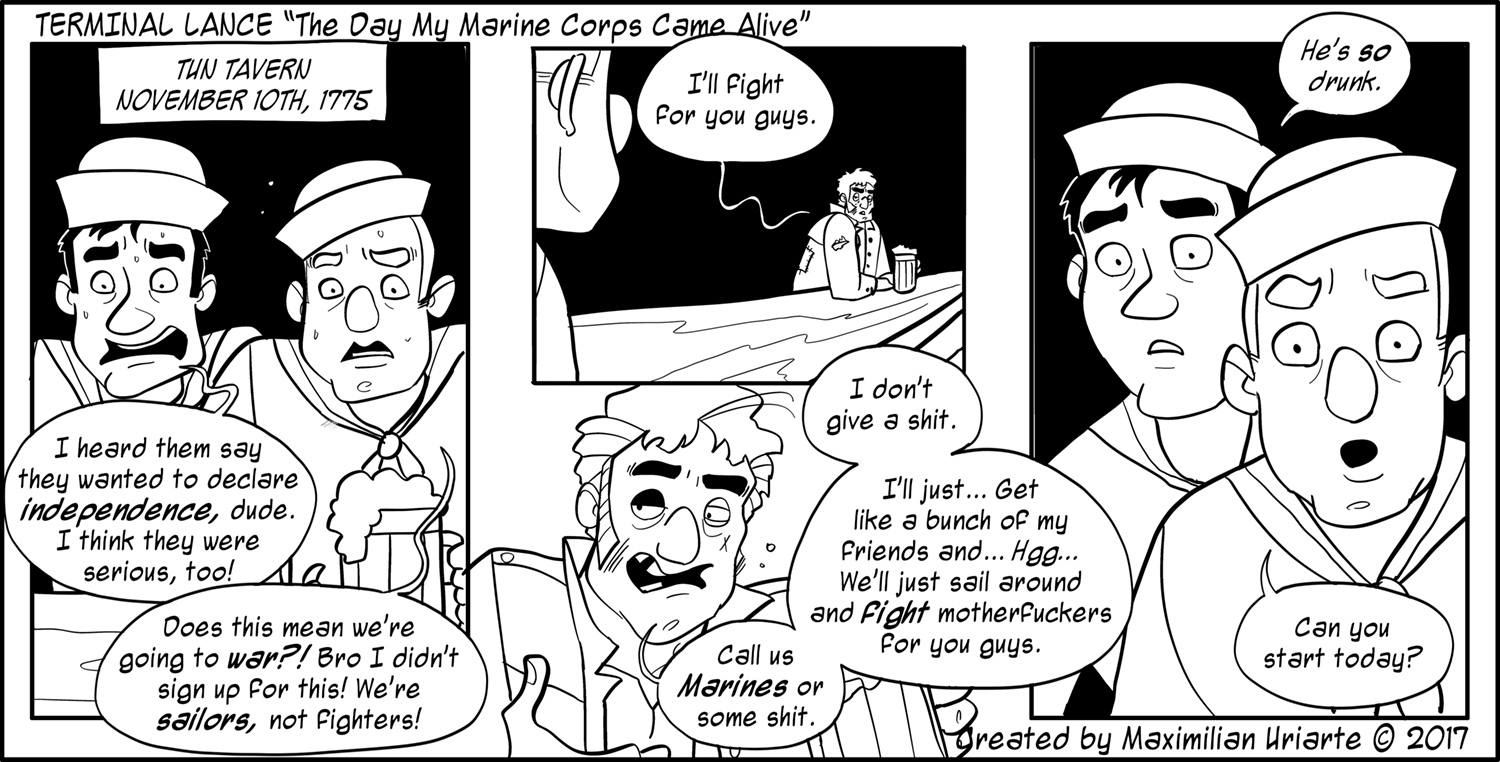 The Corps is steeped in a rich history of drunken men fighting people all around the world.

Were it not for that first alcoholic that raised his hand and said, “Yes, I will ride around in a boat and fight people I’ve never met,” we wouldn’t be here today celebrating the 242nd birthday of the prestigious United States Marine Corps.

We always hear the tale of the Marine Corps’ humble beginnings in Tun Tavern back on November 10th, 1775; but we never really get the details. I like to imagine it went down something like this, though I know the (then) British Navy uniforms are illustrated here without any regard to historical accuracy, but that’s because Google Image Search failed me when I attempted to figure it out.

On a sidenote, I’d like to thank the Marines from MALS-13 for letting me crash their birthday ball as the guest of honor last night. My wife and I had an amazing time and it was great getting to see all you drunk assholes having a blast in that hanger. Swinging with the wing for a night is quite a bit of fun.