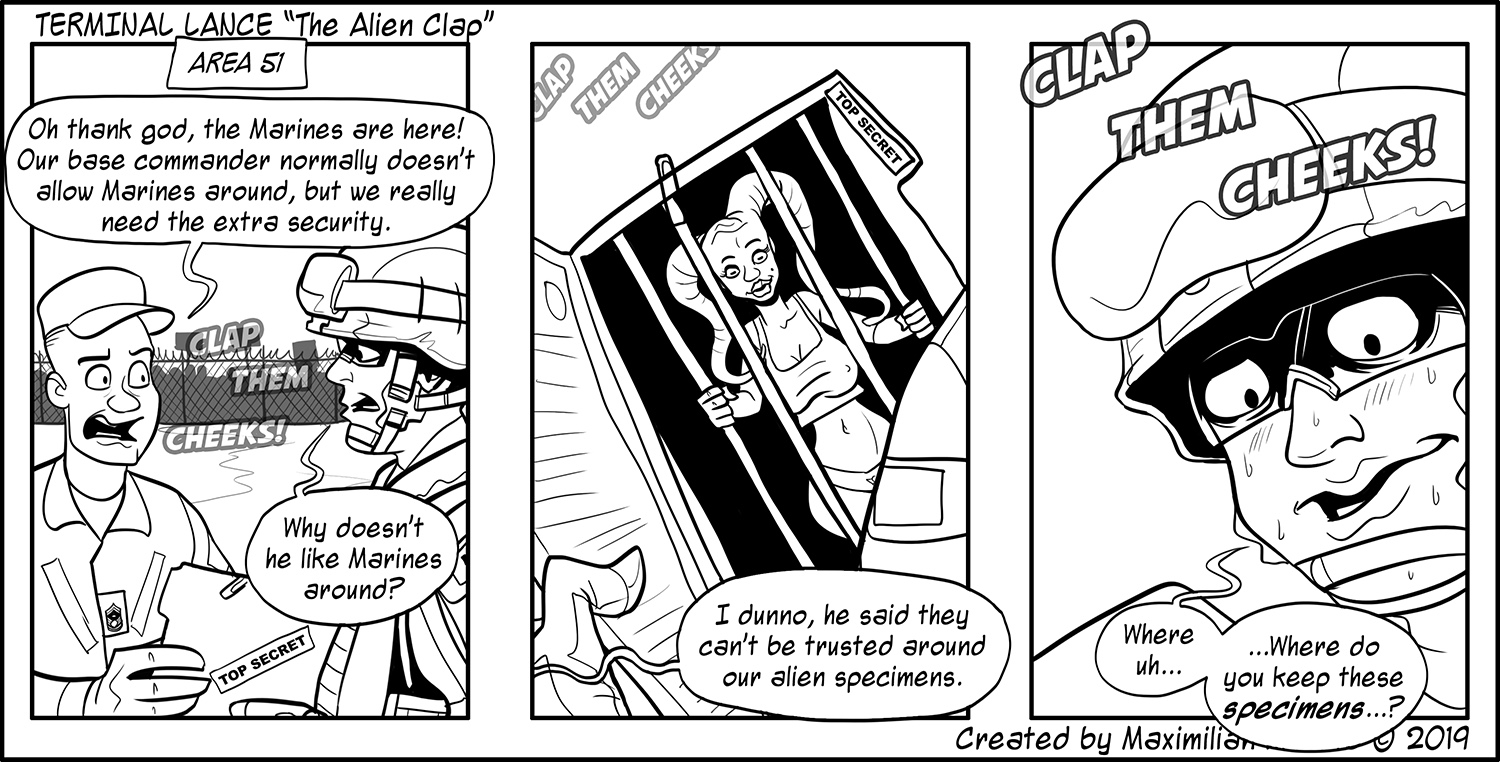 Boy they sure are going to be disappointed when they get to Area 51 and it’s just another really boring air wing base filled with POG’s. I would say the aliens aboard Area 51 probably aren’t even attractive enough to have sex with, but it’s an Air Force base and everyone is attractive.

Have I mentioned before that the Air Force is bizarro Marine Corps? Everything is the opposite.

They have an Area 51… We have a 51 Area at Camp Pendleton. Area 51 is super famous, mysterious, and full of hot aliens that everyone wants to dick down. 51 Area has like… a gas station Marine Mart MCX? Not nearly as interesting, but it’s all we have.

In the meantime, do me a solid and don’t tell the general public that Marines don’t actually know anything about Area 51… It’ll help me out with something.

As soon as you tell us what's inside Area 51…